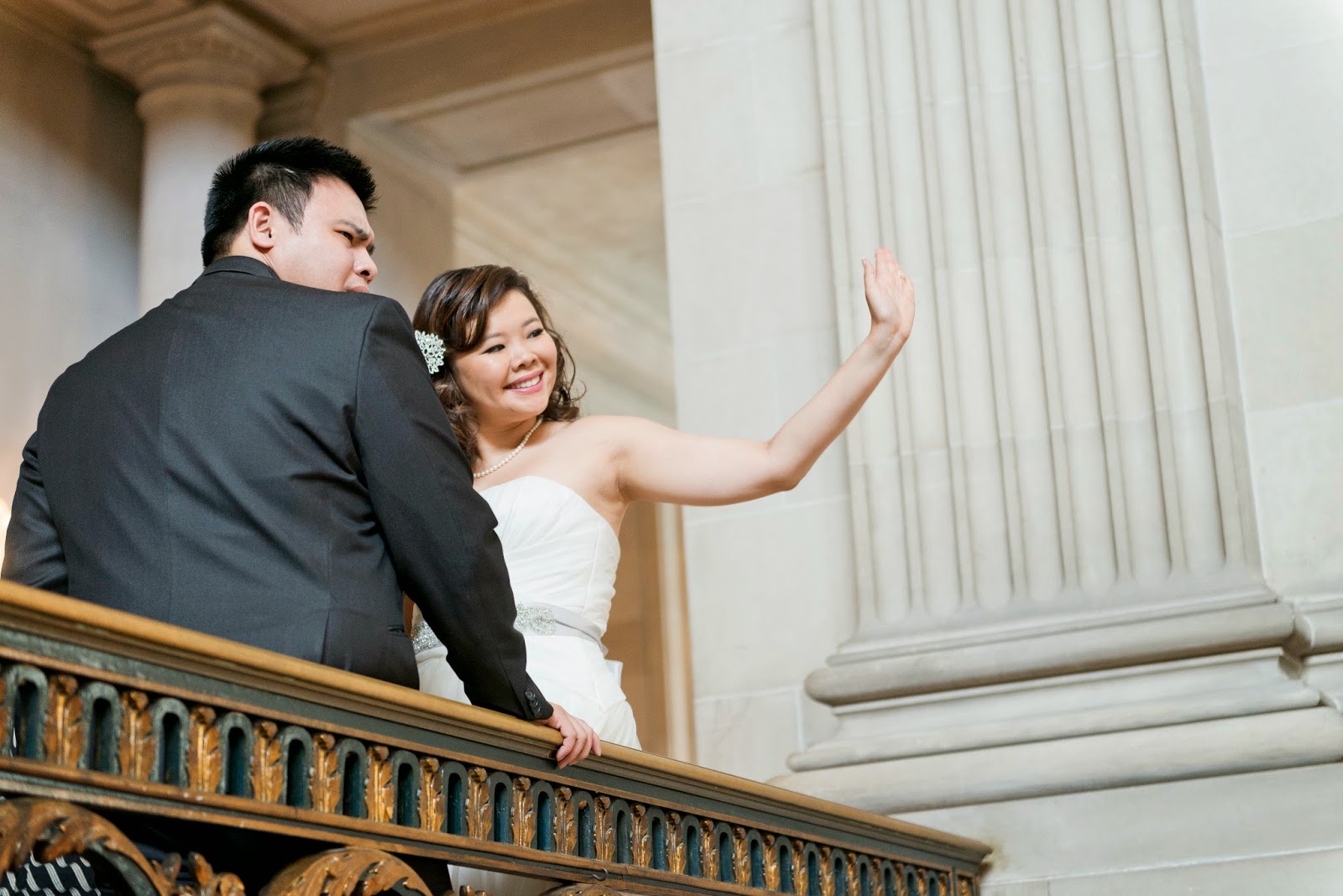 I do enjoy shooting weddings at the City Hall in San Francisco. If you've visited you'll appreciate how beautiful a space it is inside. It also has a really relaxed feel to the whole environment. Even as you pass through security you'll sense none of the tension that's so prevalent at numerous security spaces around the US. No, you start smiling as you walk up the steps to the main entrance and you're still smiling when you leave the building afterward. And this whole ambience contributes to making this a great place for small weddings and a joy to shoot pictures in.

There are some great spaces to hold the ceremonies too but my favorite is still at the top of the main staircase underneath the rotunda. In this photo at the culmination of the marriage ceremony, you can see that even the bronze bust is smiling as congratulations and hugs are traded.

The other great thing for photography is that this place is a dream for natural lit photography. The architecture and design of the building seems to go out and actively find light to channel back into all it's spaces through the abundant and beautifully crafted windows. 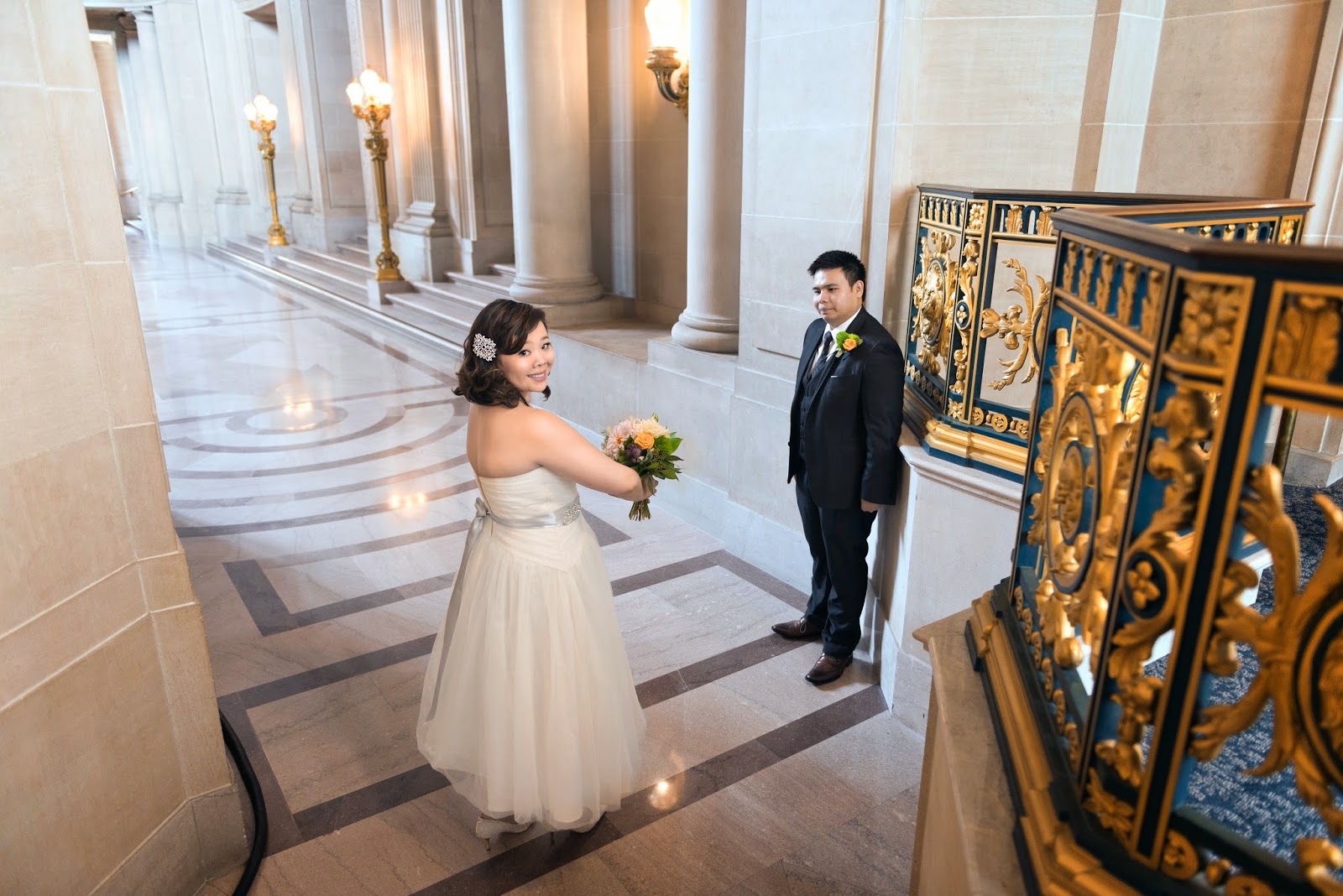 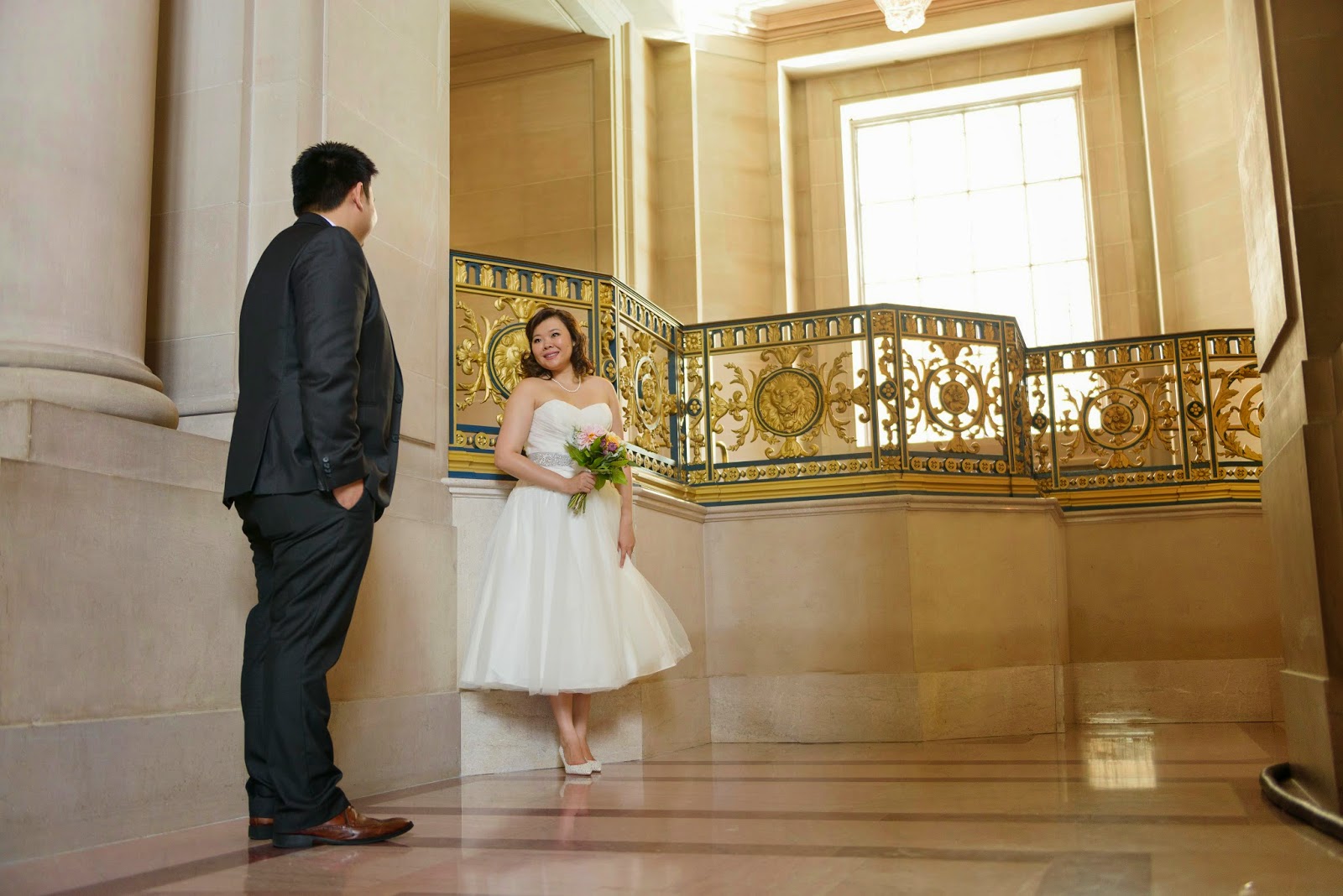 And once again I was working for a beautiful and genuinely happy couple which is rewarding in it's own right. 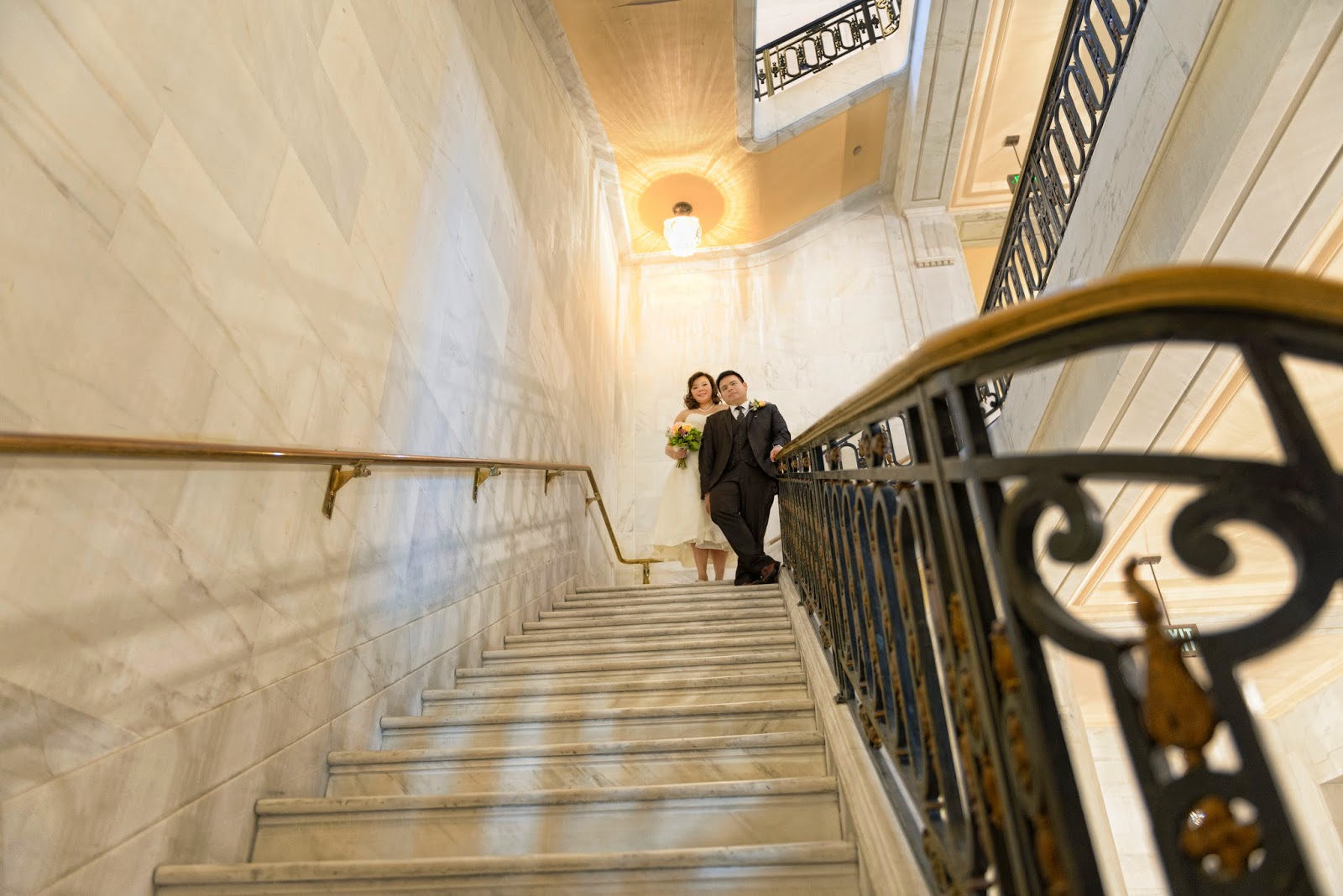 Then after finishing off inside we all made our way outside the building where with a little thought, you can make use of beautiful backdrops that occur naturally in the spaces surrounding the City Hall. It was a brilliantly sunny day in San Francisco so for the outdoor part of their shoot I put my speedlite to work, balancing out the light and making sure I had the amount of detail I like in my shots.

And the rest of the party were great fun to work with too. Even though I'd been pre-warned that some people might be a little camera shy, in almost no time everyone was strutting their stuff like seasoned stars and models! 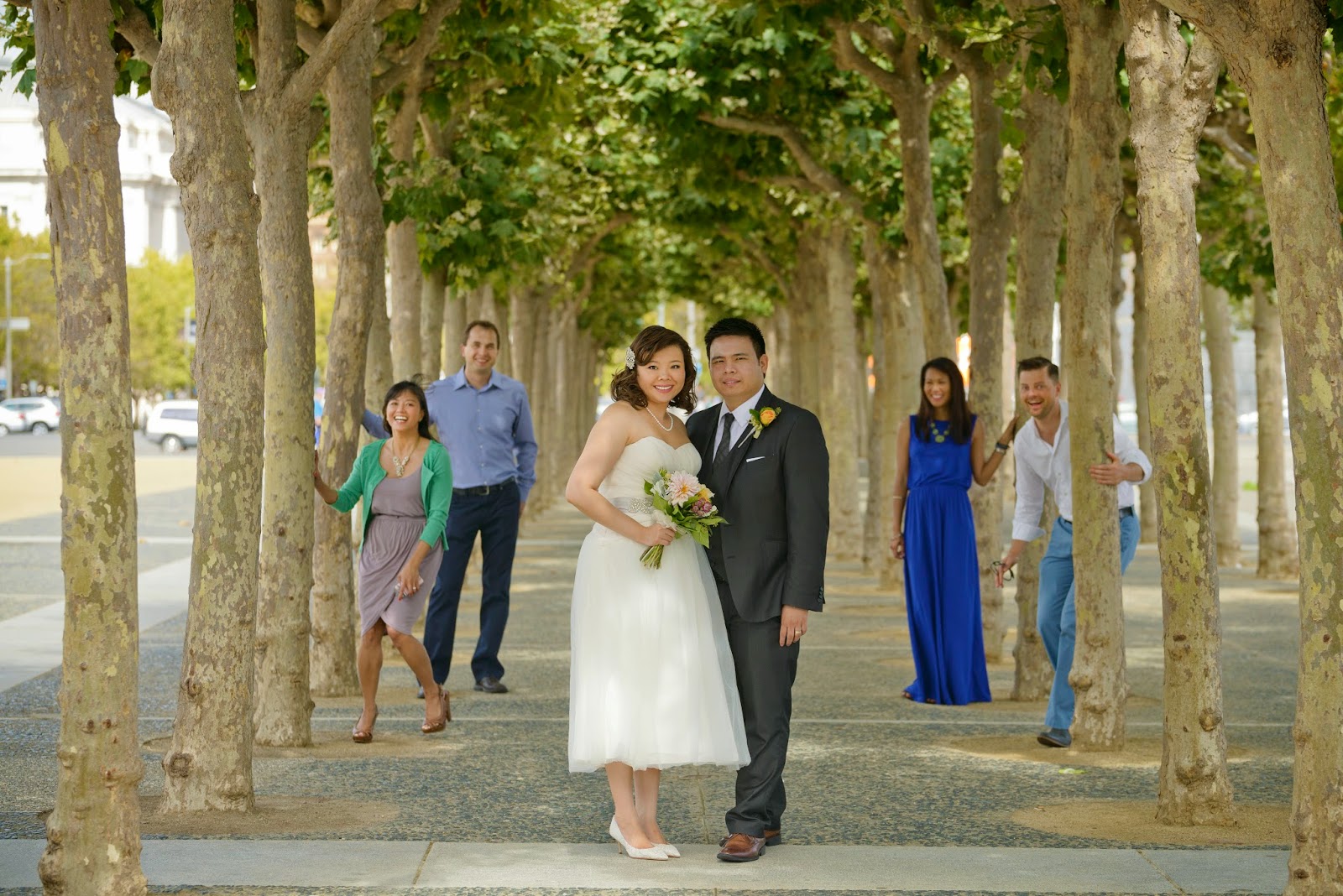 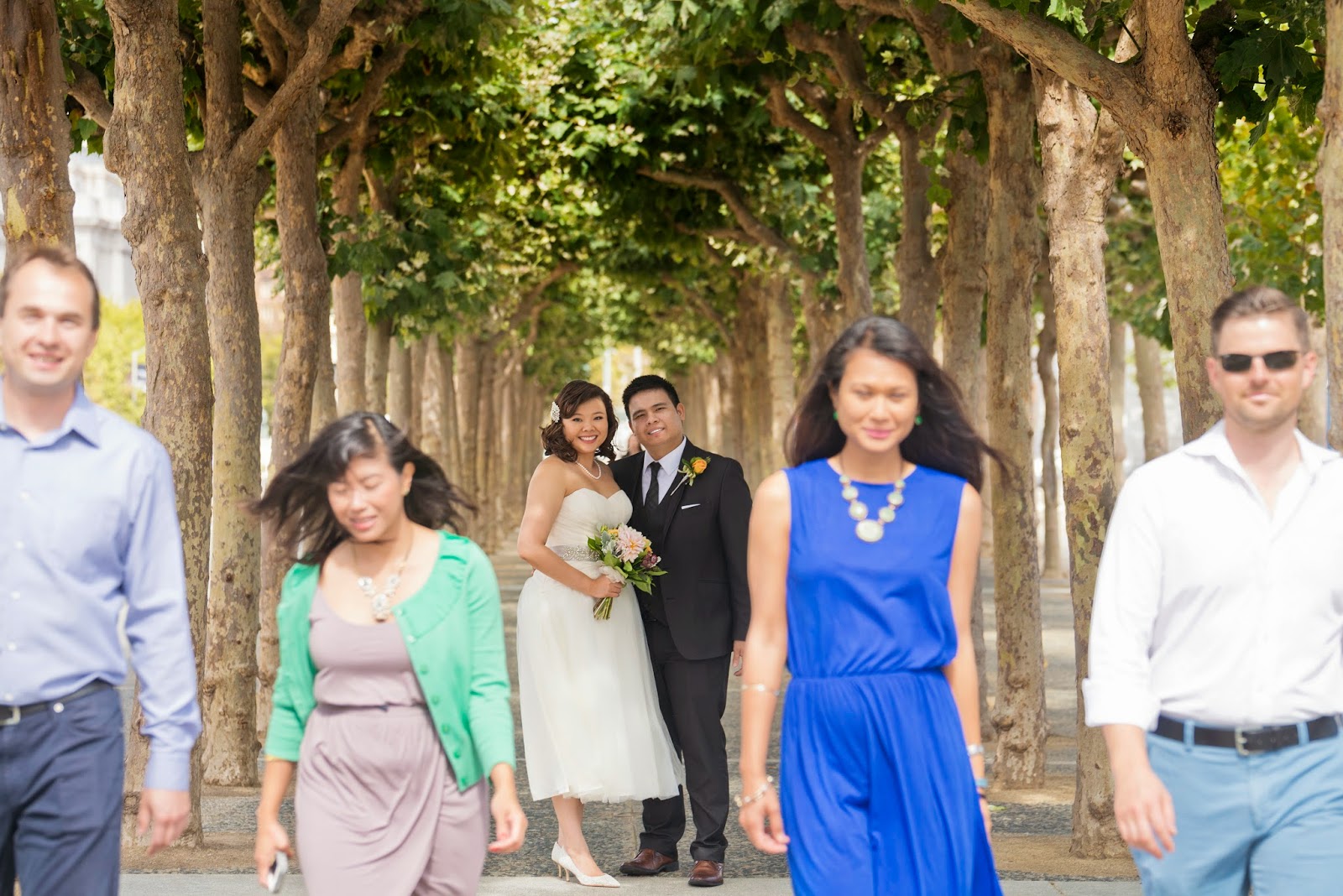 As the fun continues, Ill leave you trying to work out who was throwing the bouquet to whom! 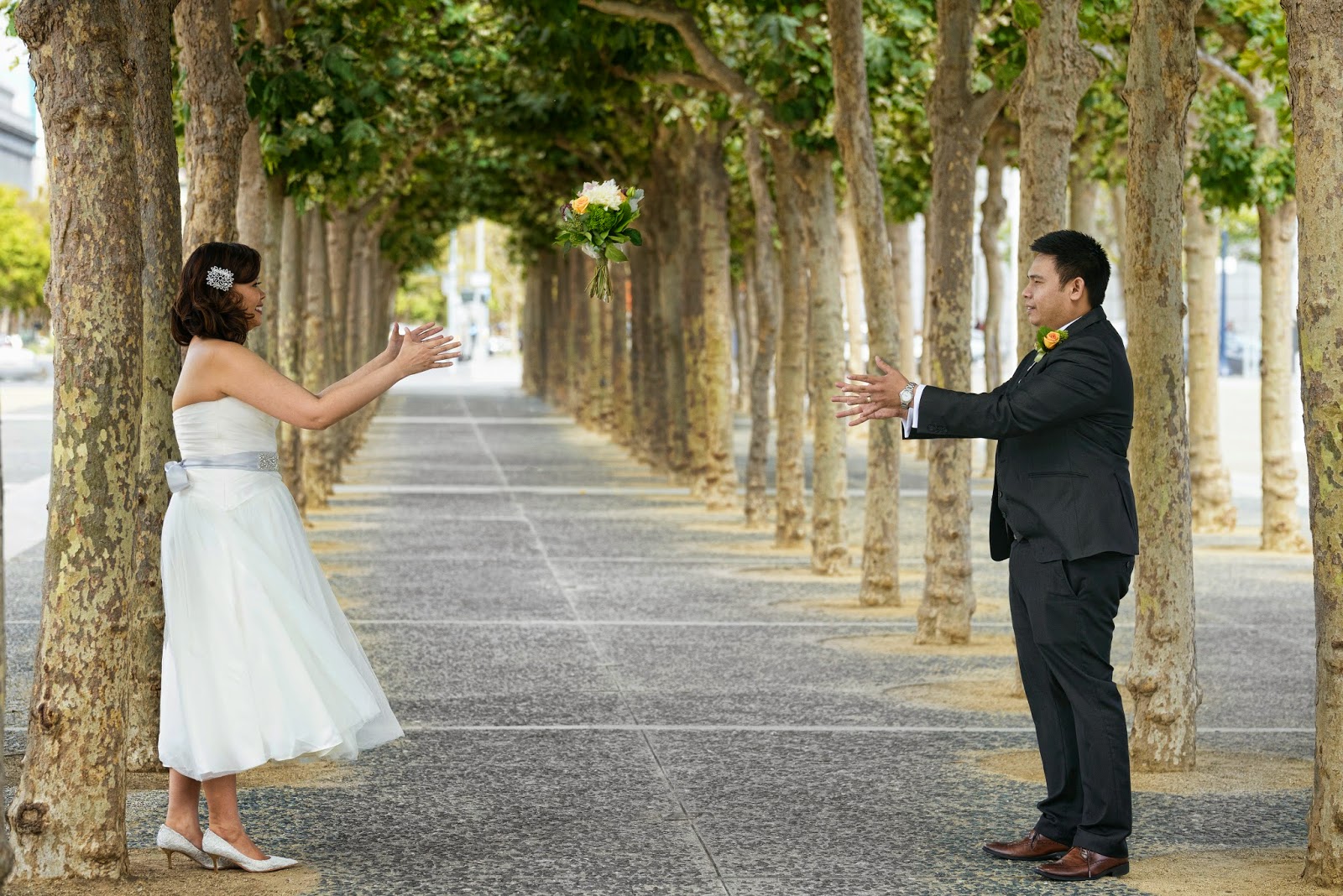 Posted by Pure Roijoy at 7:27 PM No comments: Links to this post 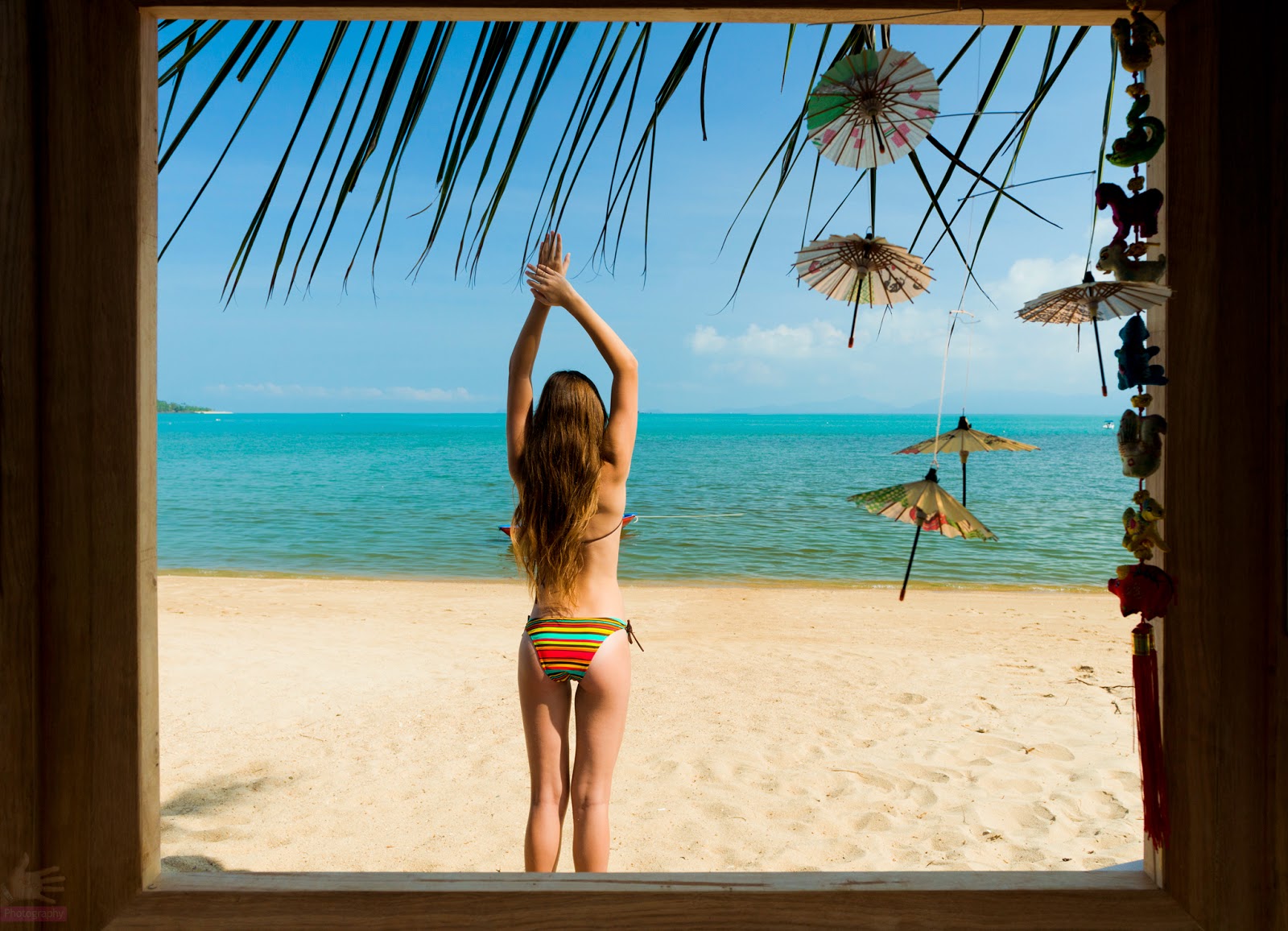 The weather was idyllic and the sea and sand were the way you'd imagined them from some tropical dream you may have consoled yourself with at times. It was a morning shoot but the sun was rising quickly and the heat was very noticeable. 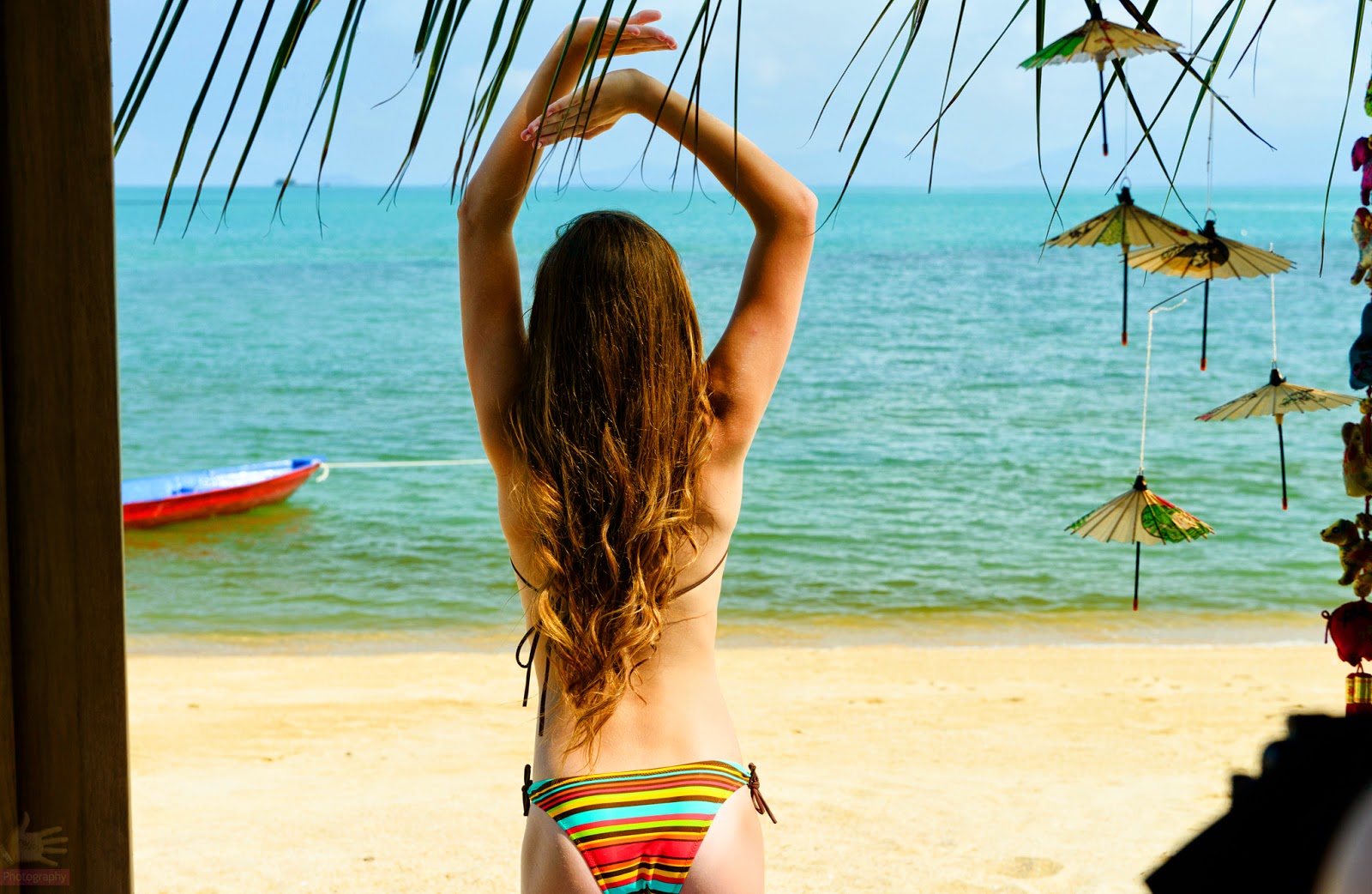 The window frame is supported in place using stands and clamps and positioned out on the beach. The stylist got to work with our model and more creative touches were used to enrich the scene. All was non-eventful except for a strange moment when one of the production team had finished sweeping footprints from the sand. A guy was jogging along the beach. When he got to the set we had created, he stopped and looked about I suppose just to understand what he assumed we were up to. He continued to watch as the production guy went about obviously sweeping away footprints from the sand.
As soon as the sand was all pristine and untouched looking again, the production guy stepped out of frame. At that same moment, jogger guy decided to continue his run, traveling across the newly manicured sand leaving a new mess of gouged footprints in the sand that he had just watched being cleaned up! 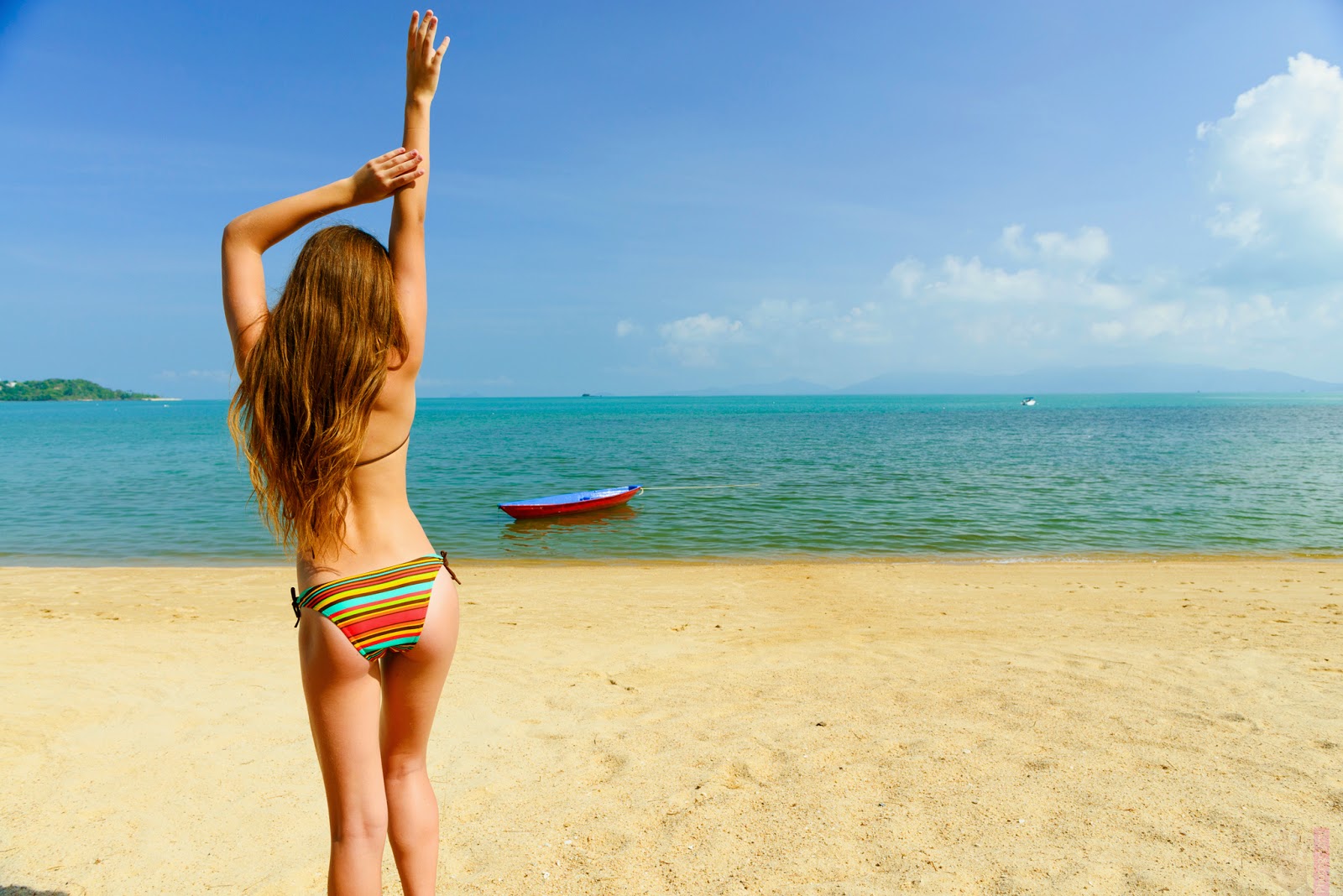 We all looked at each other but all too bemused to actually say any words. There was a collective shrug, production guy went back out and cleared the footprints again, and we all carried on with our work.

I'm shooting these beach shots with a Nikkor 24-70mm f/2.8. I have a circular polarizer on the front of the lens and then in front of that I have a filter holder with a ND grad in it. I'm shooting in manual mode with a aperture of f/5.6 and making use of a 1/1250 sec shutter speed. 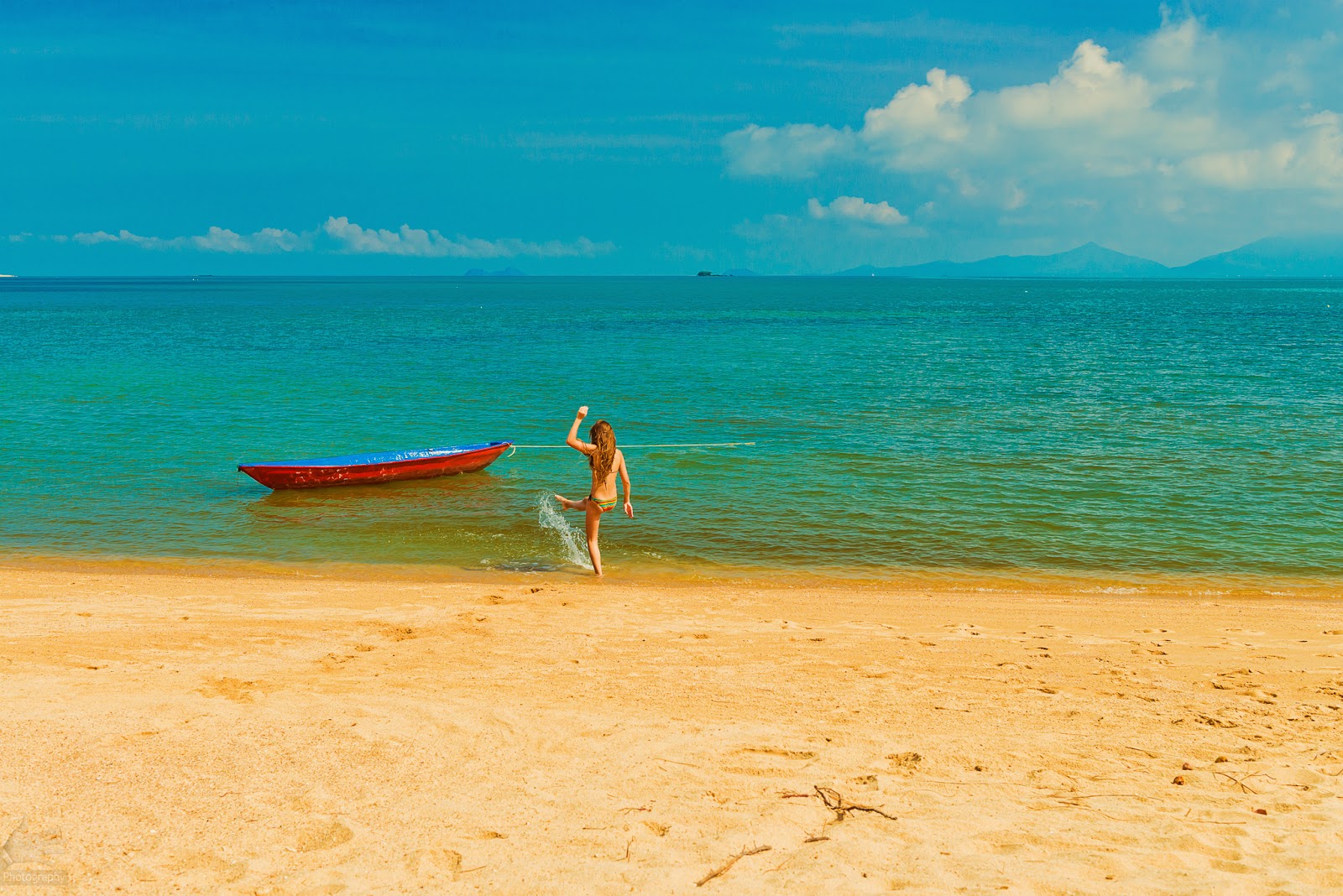 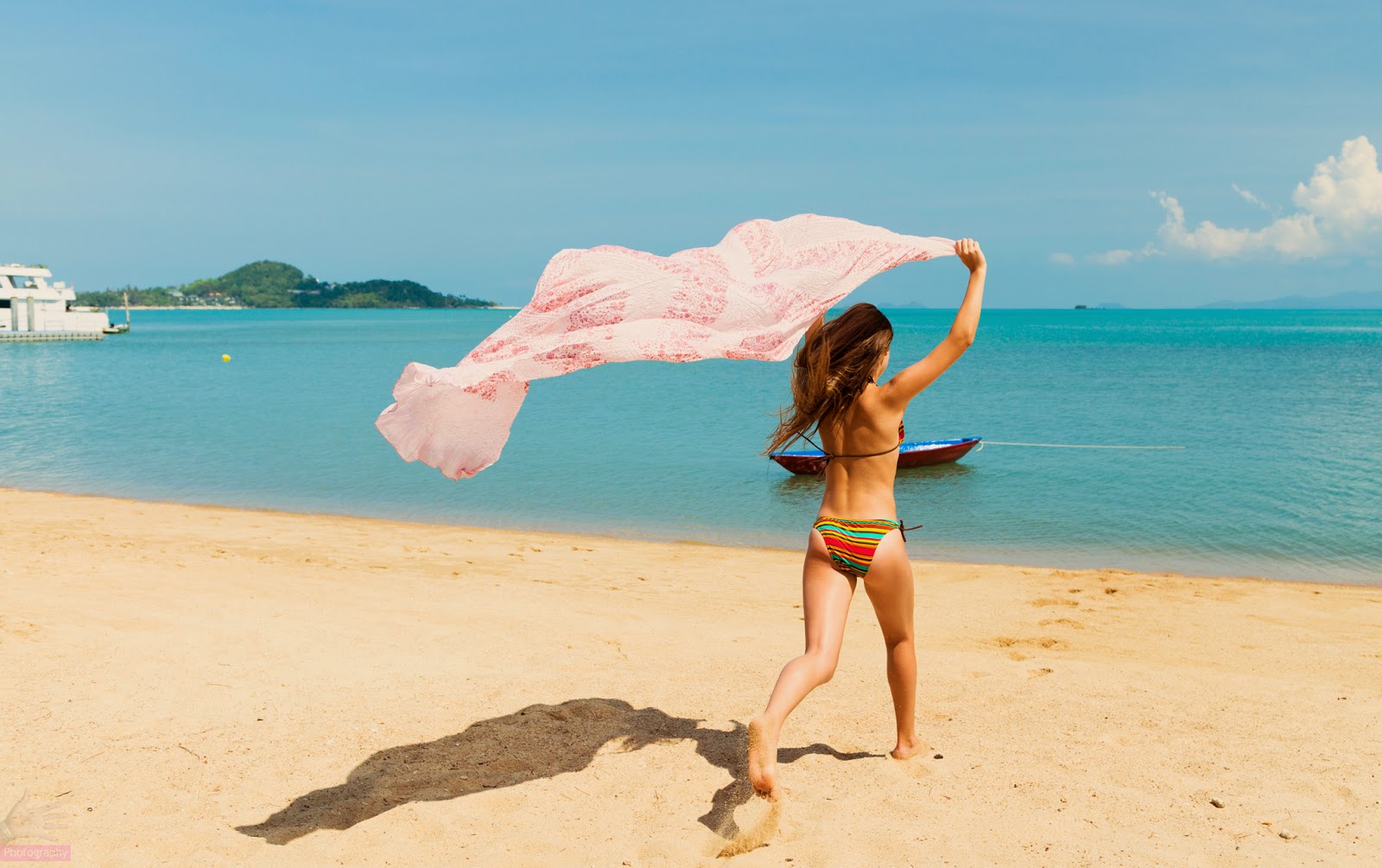 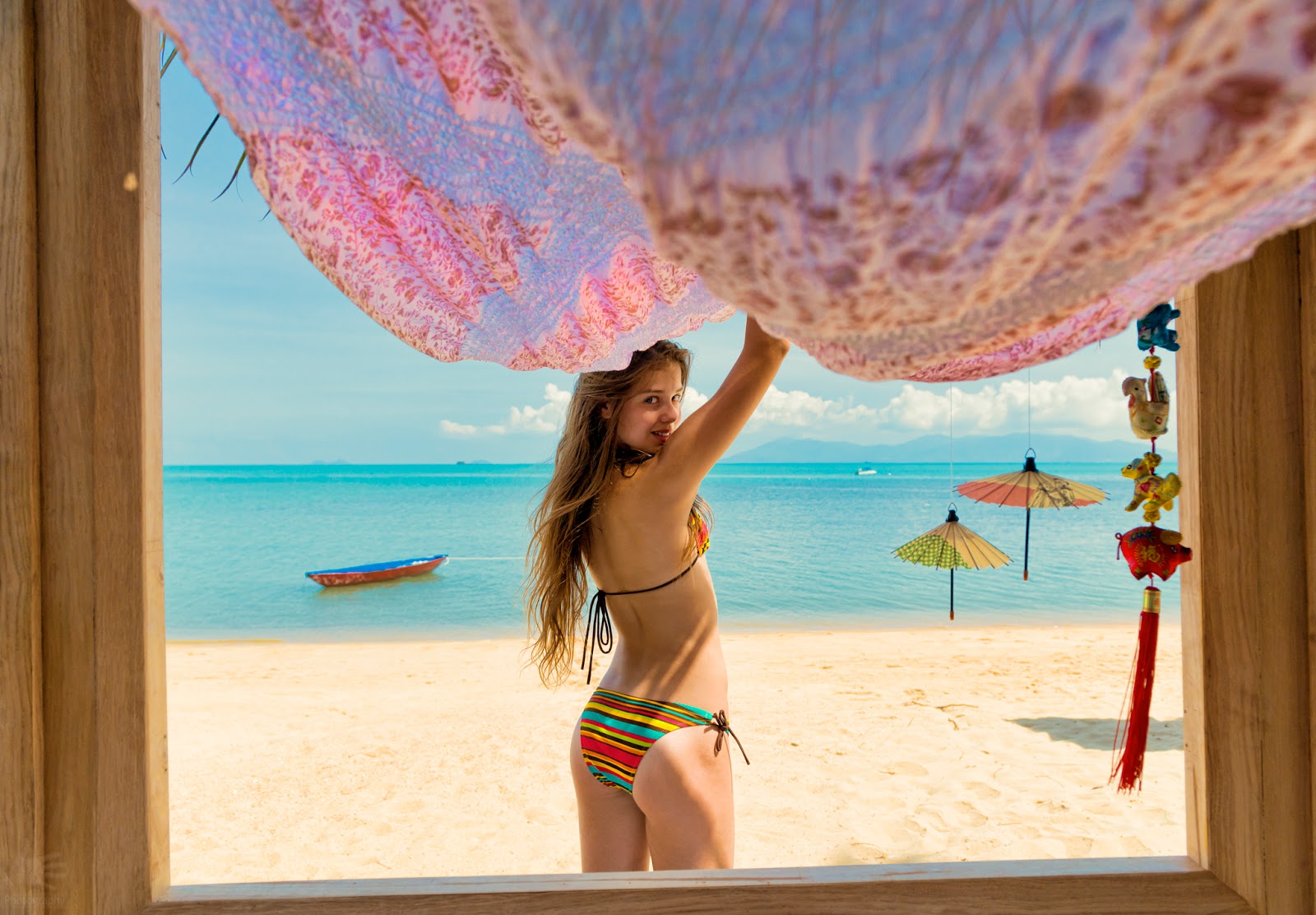 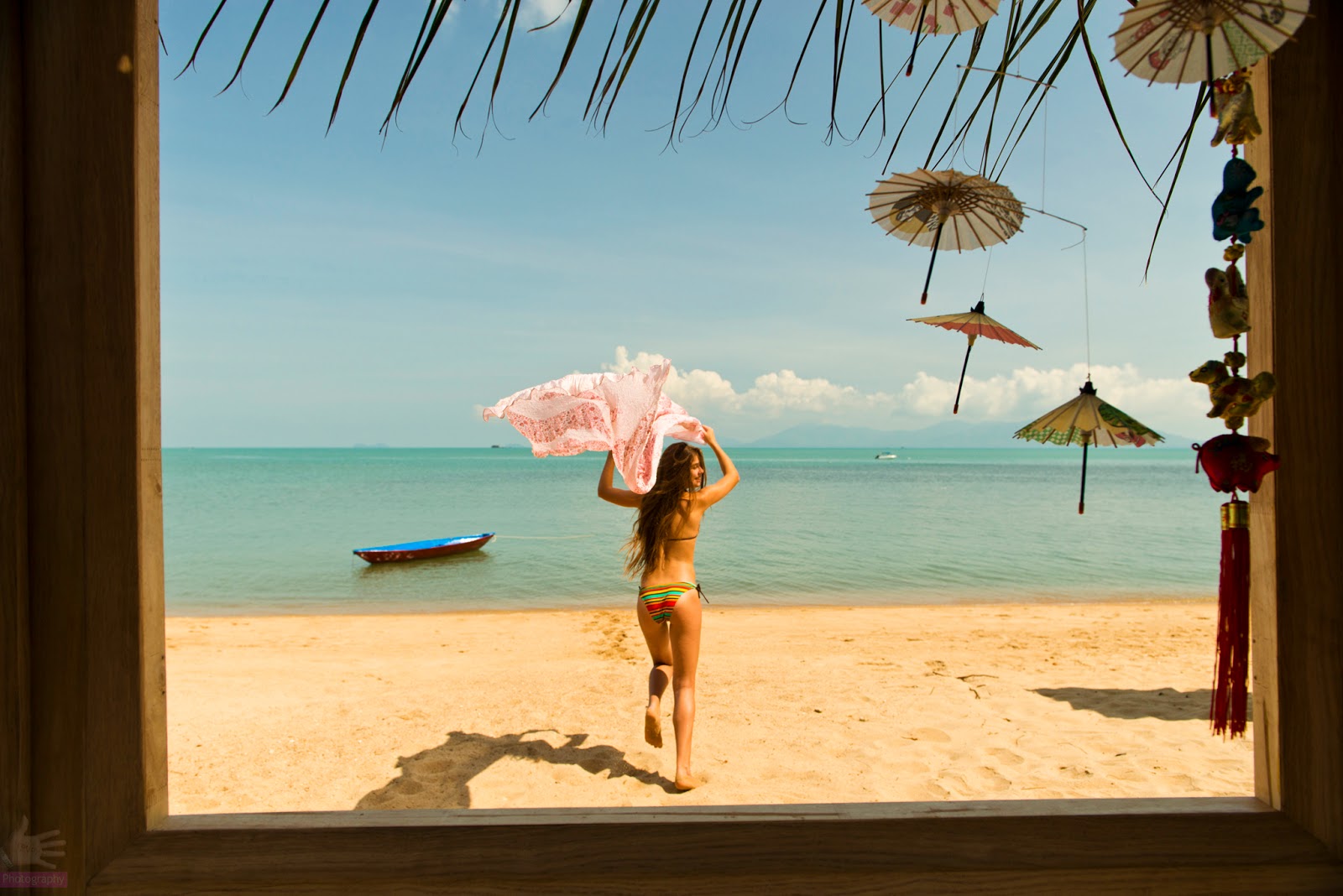 As I mentioned before it was getting very warm out in the sunshine but a couple of the clients managed to find a shady spot to observe the proceedings from :)After the beach scenes, I had some interior shots to capture. The beach shots were all hand held but now I was using a tripod. This allowed me to adjust my settings to get the balance I wanted between the lighting conditions inside and the view outside the windows.
I shot a whole series of these window shots. Model standing, walking, pulling the drapes… you get the picture(s). 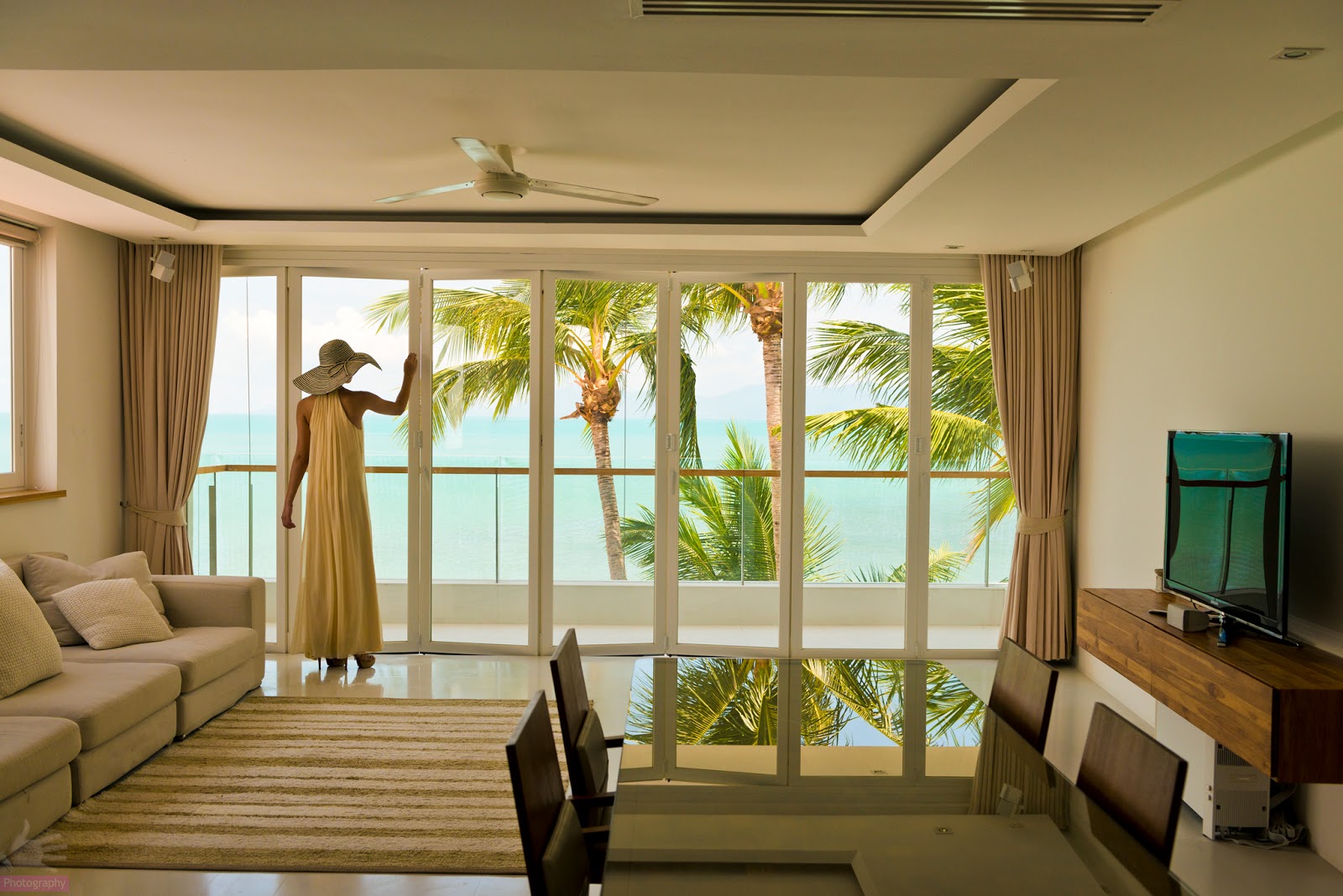 Next we headed up to the jungle for the final Koh Samui location. Here we had a Muay Thai champion as our model. These guys were fit and strong and seeing the power they were able to execute kicks and punches could have been intimidating except for the fact that they were such gentle and friendly human beings to work with. 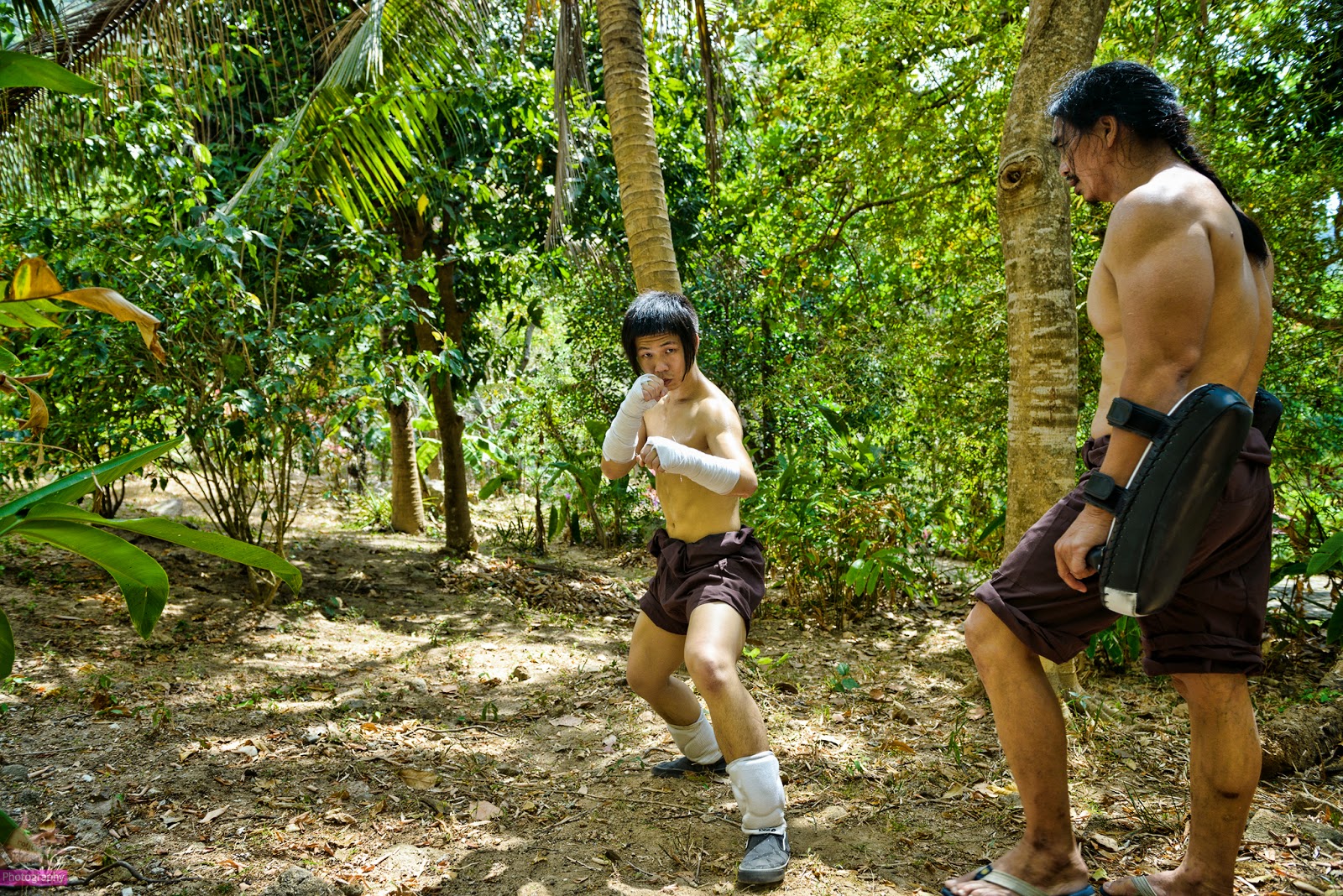 We finished off with shots using the pool in the house. At one point I ended up in front of the camera for a few shots. You can see here that sometimes I'm willing to bend over backward for my clients :) 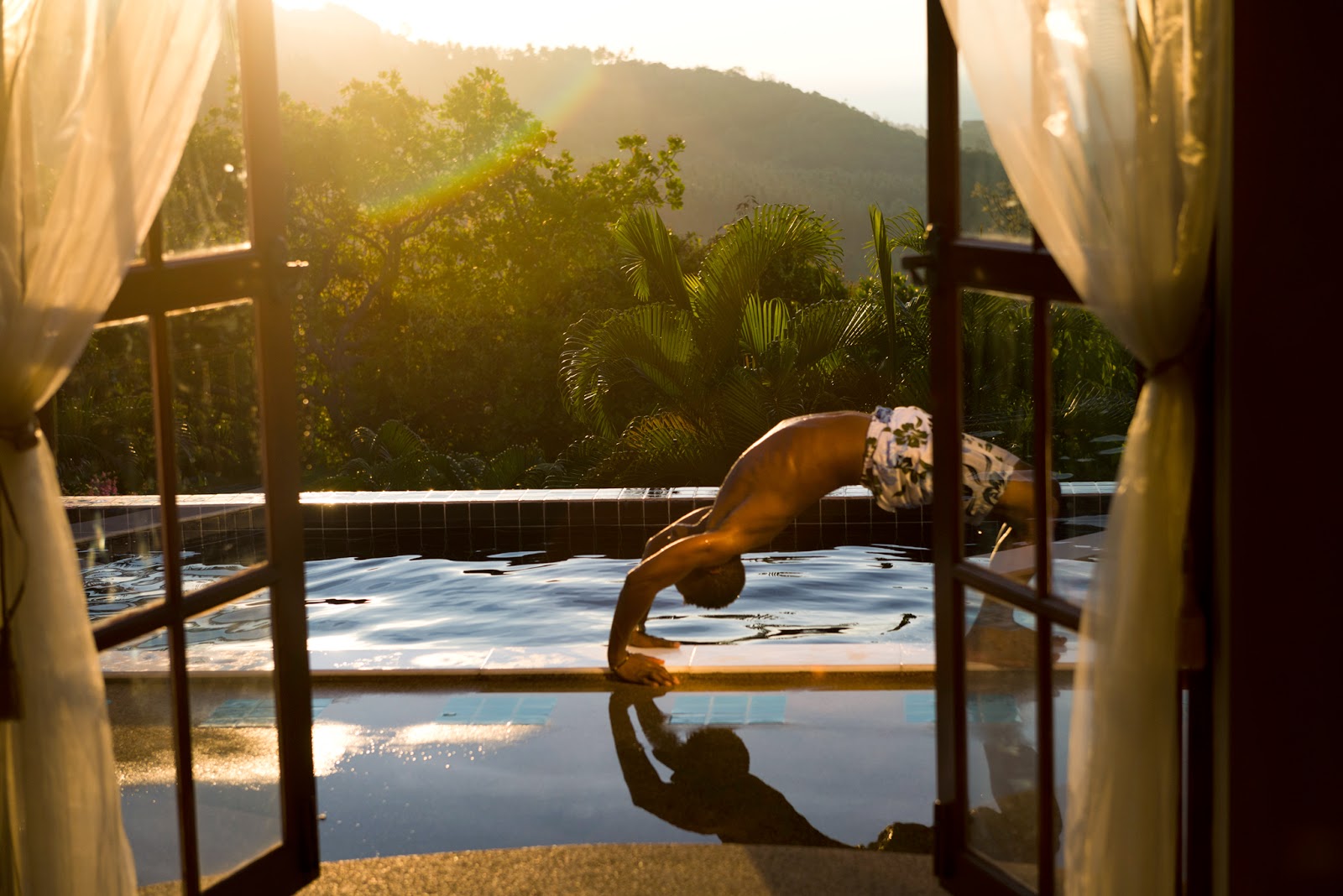 At the end of the shoot, some of us decided to sit and wait for the sun to set to see if we could get any more useful shots. A couple of hours later, it turned out to have been worth the wait! 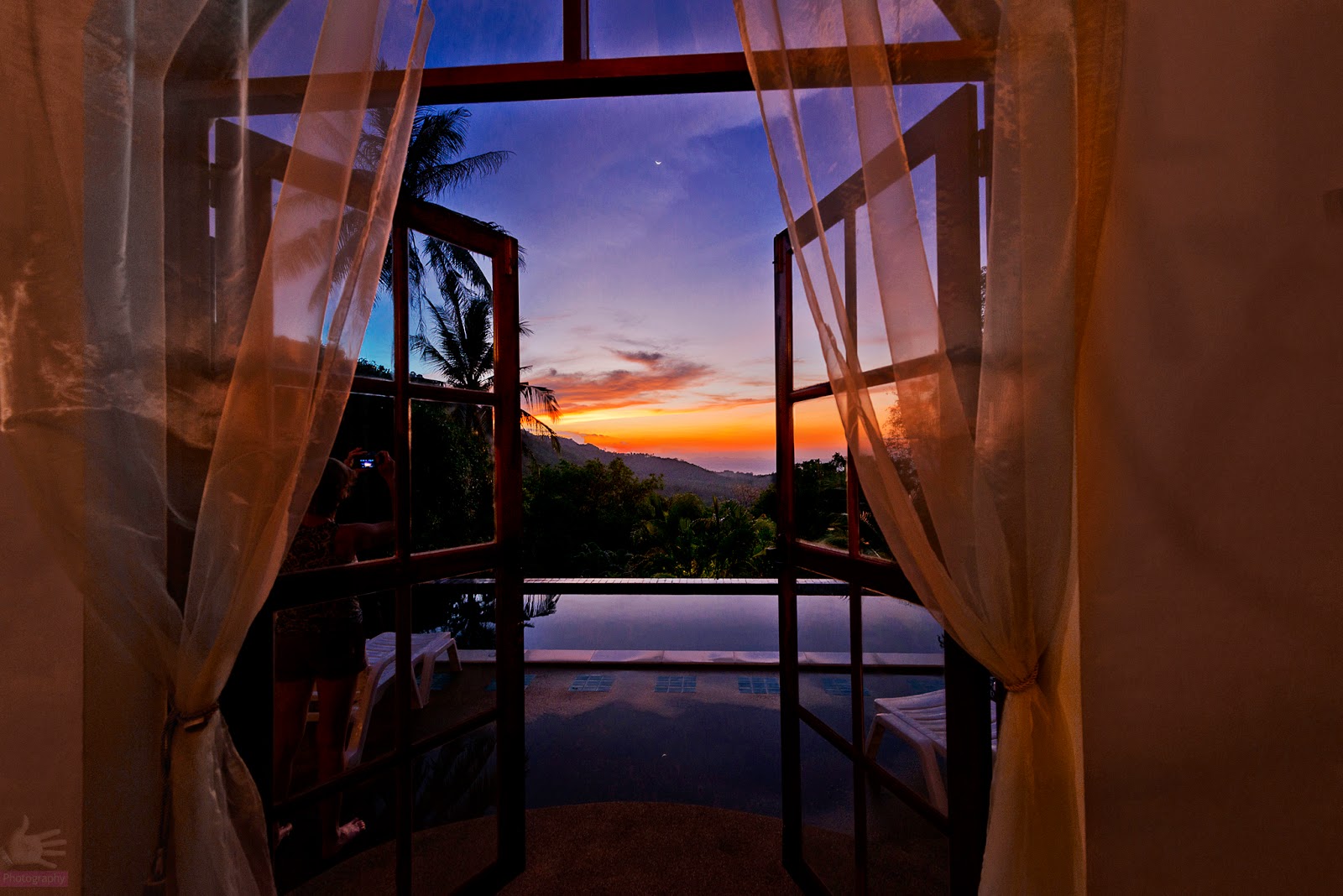 Posted by Pure Roijoy at 4:07 PM No comments: Links to this post 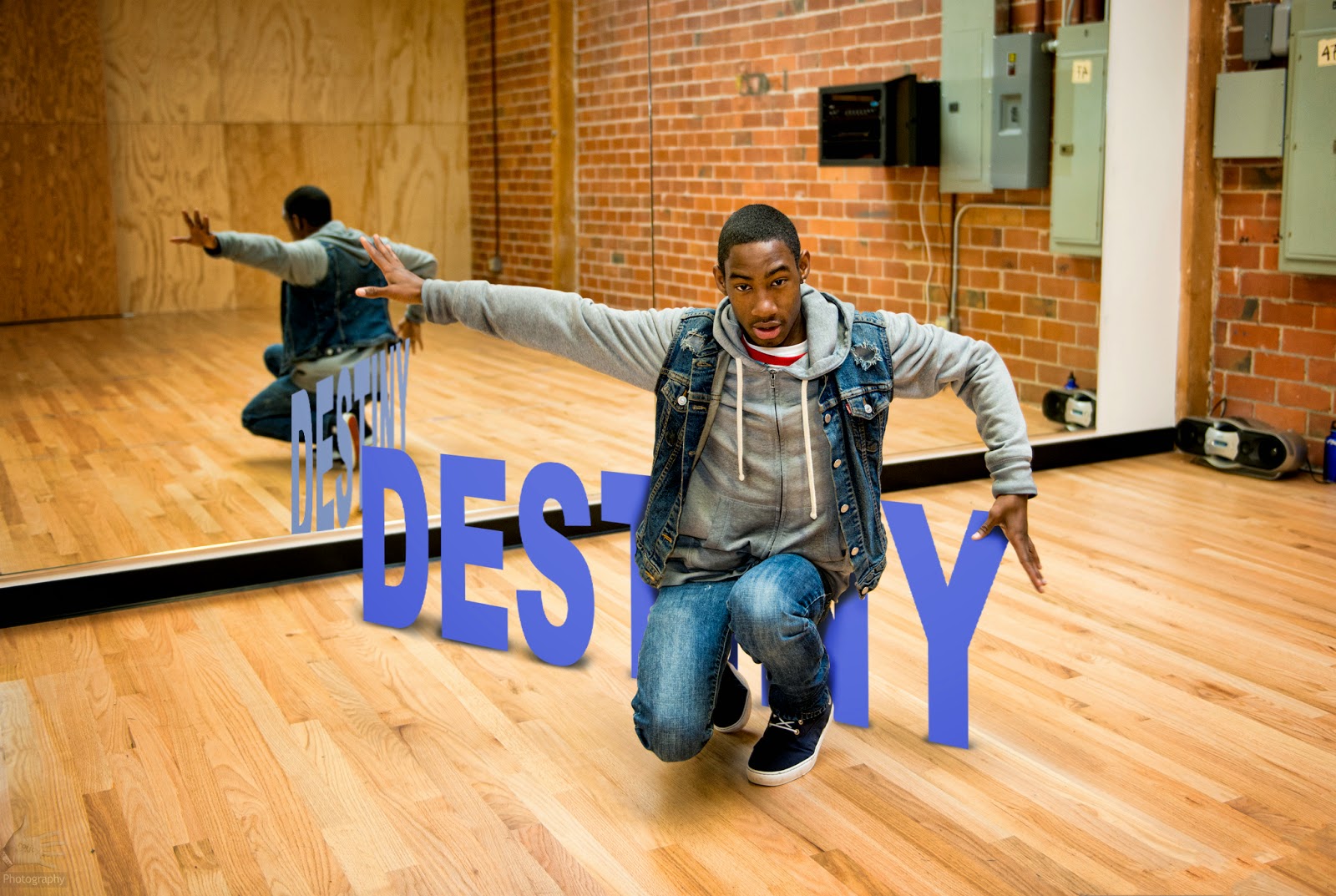 Here are some of the images from a shoot I completed for Destiny Arts Center in Oakland, CA. Another fun day shooting some of the faculty, students, and parents. 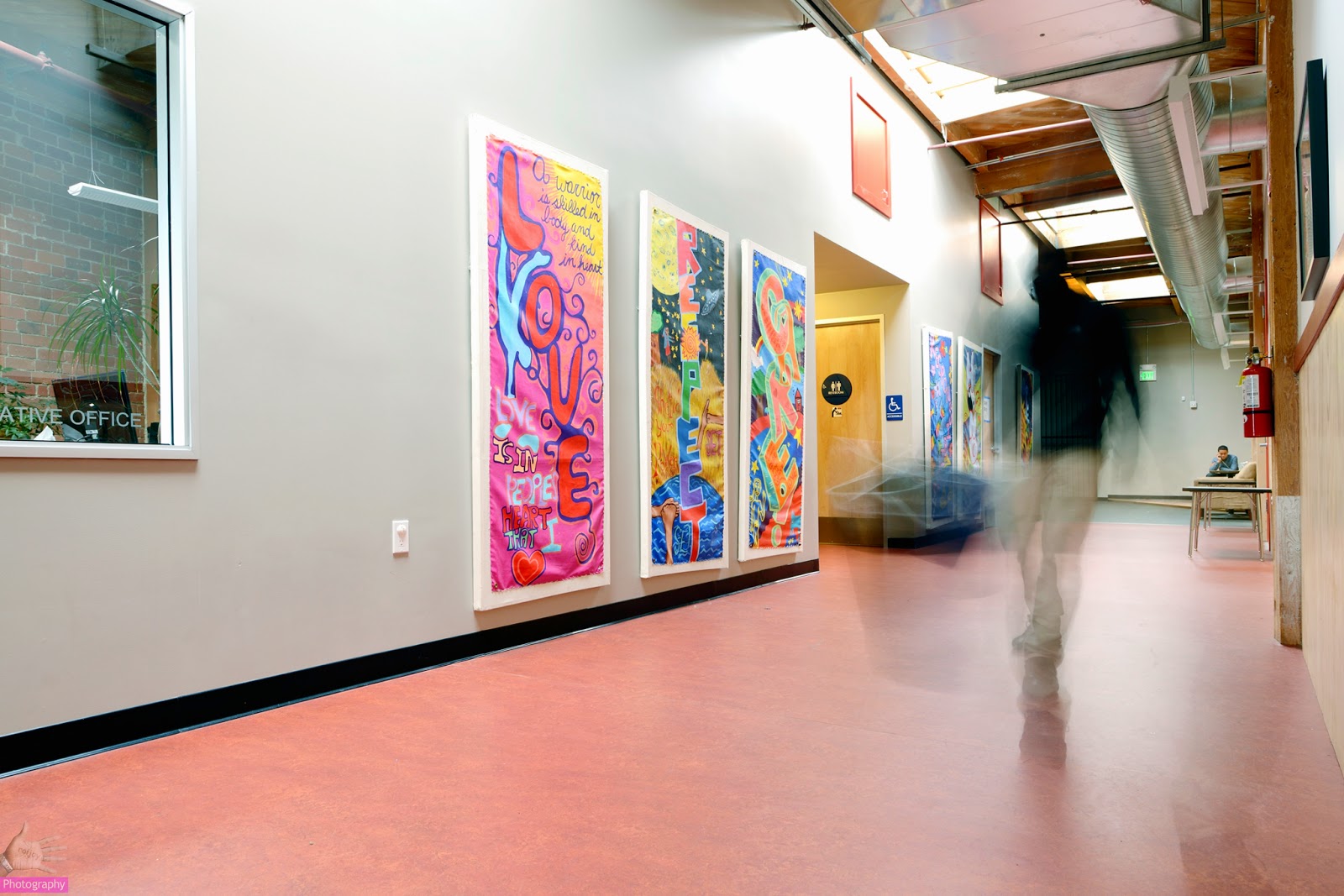 They have a great space there and the whole environment feels extremely safe and encouraging and promotes self expression. They run classes and programmed events throughout the year and you can also give to the community by volunteering your time and skills through their website. 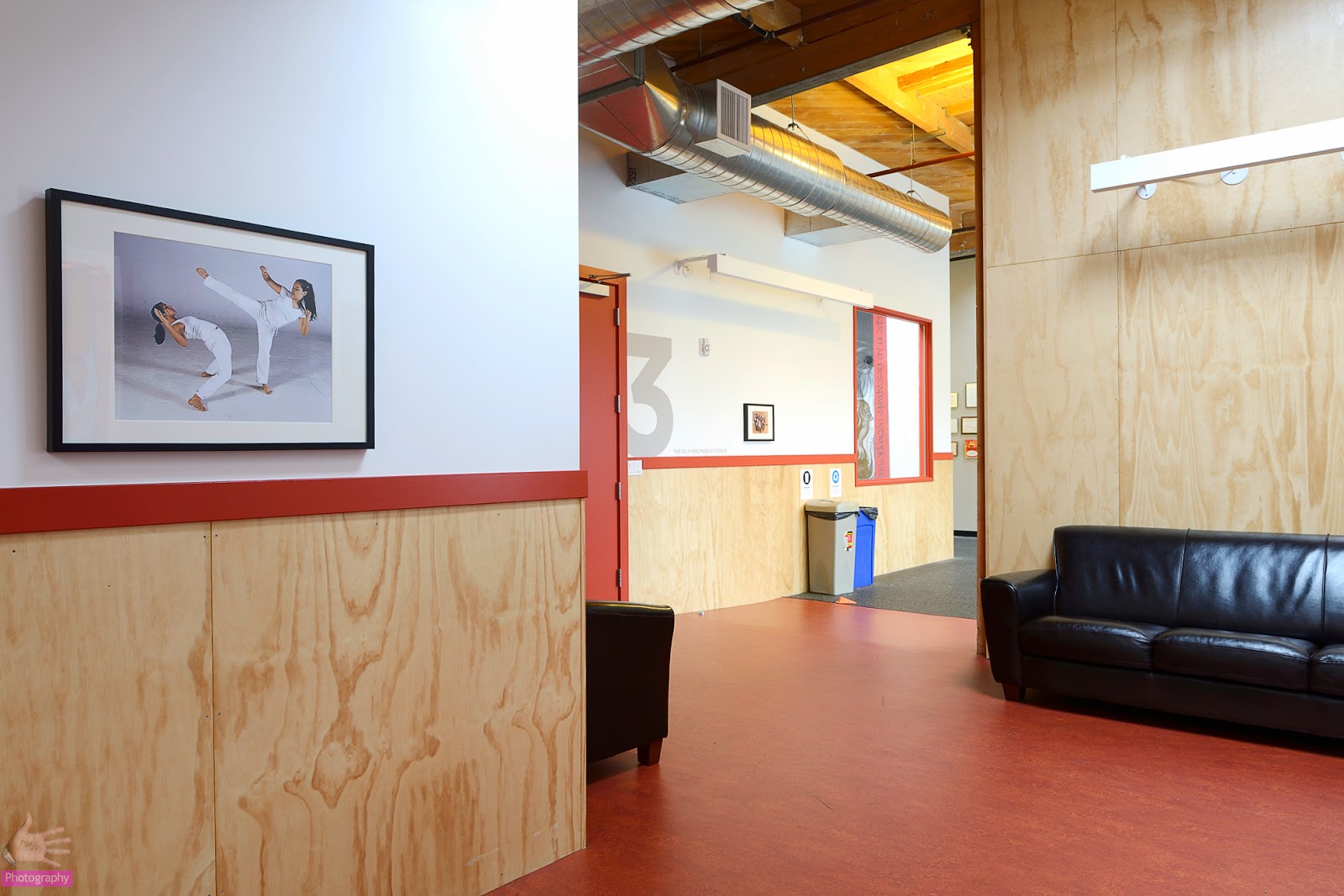 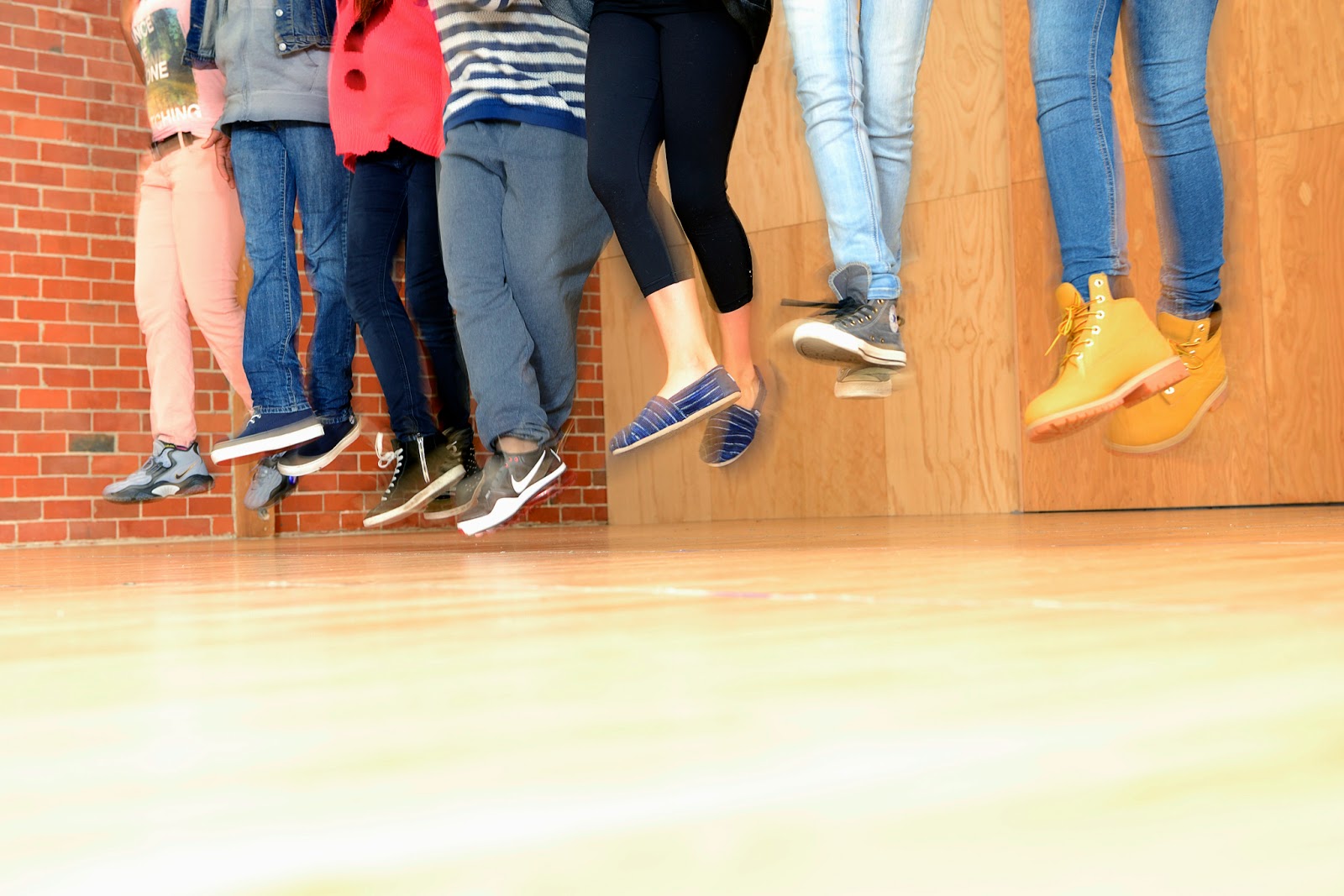 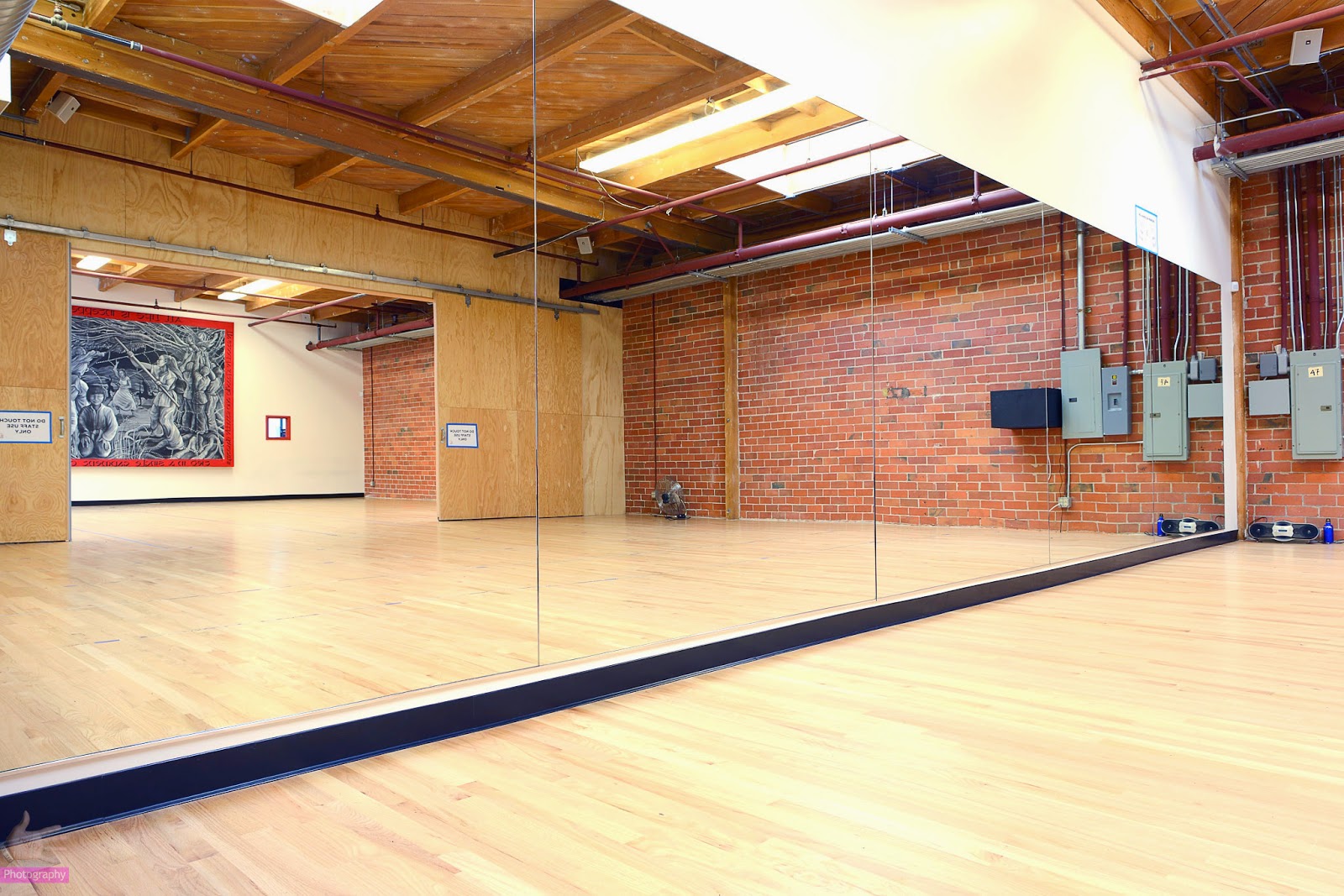 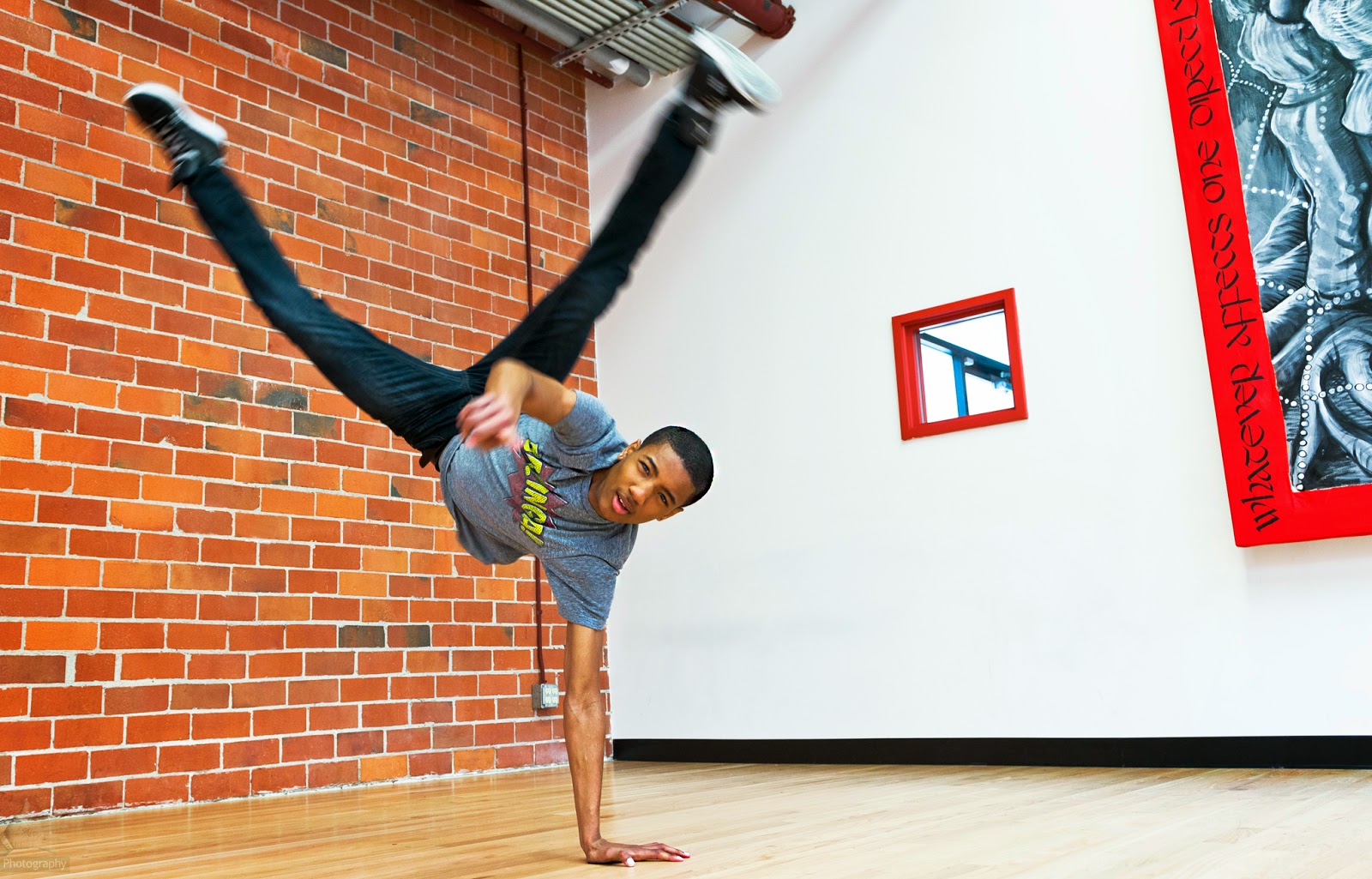 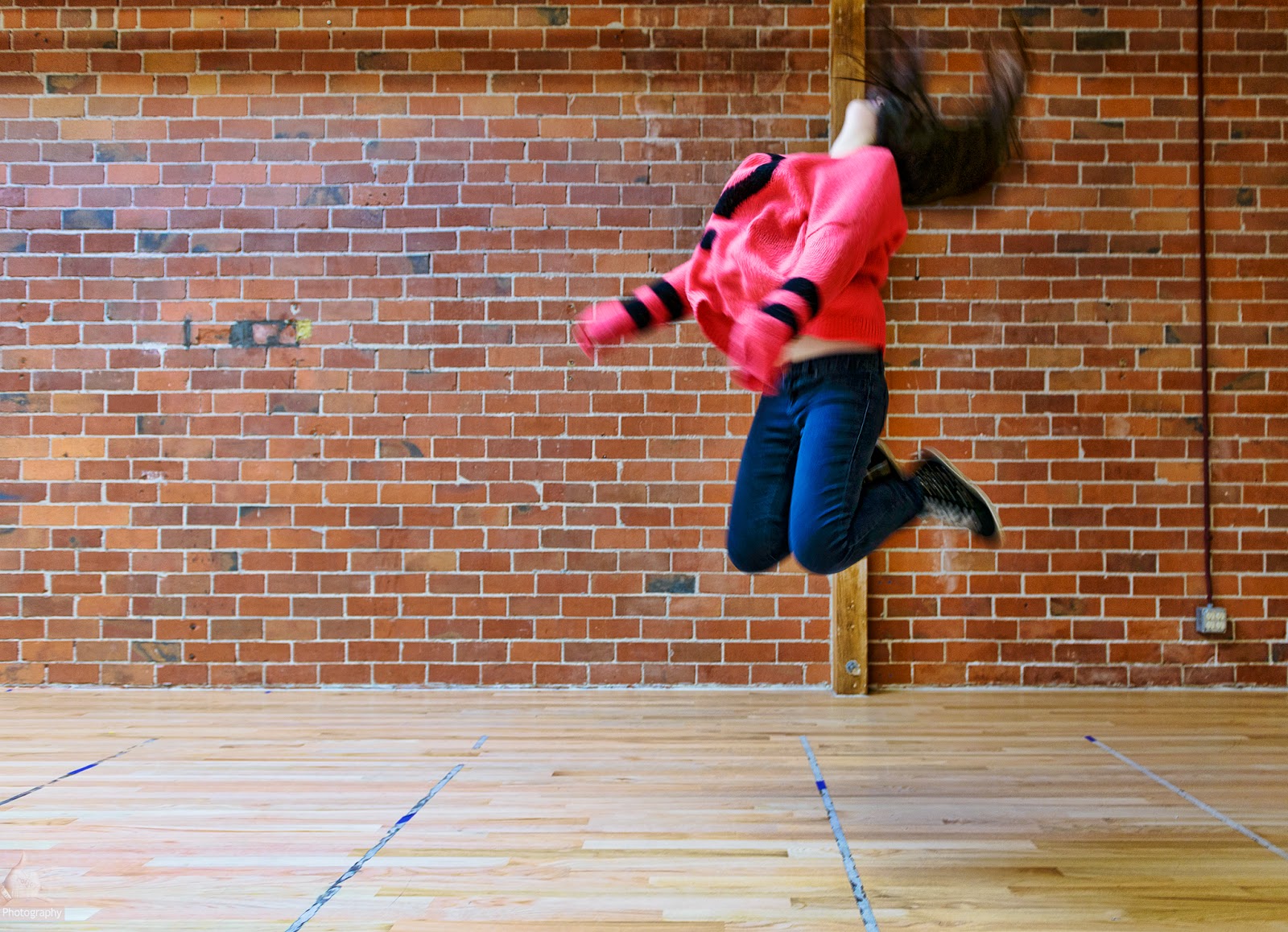 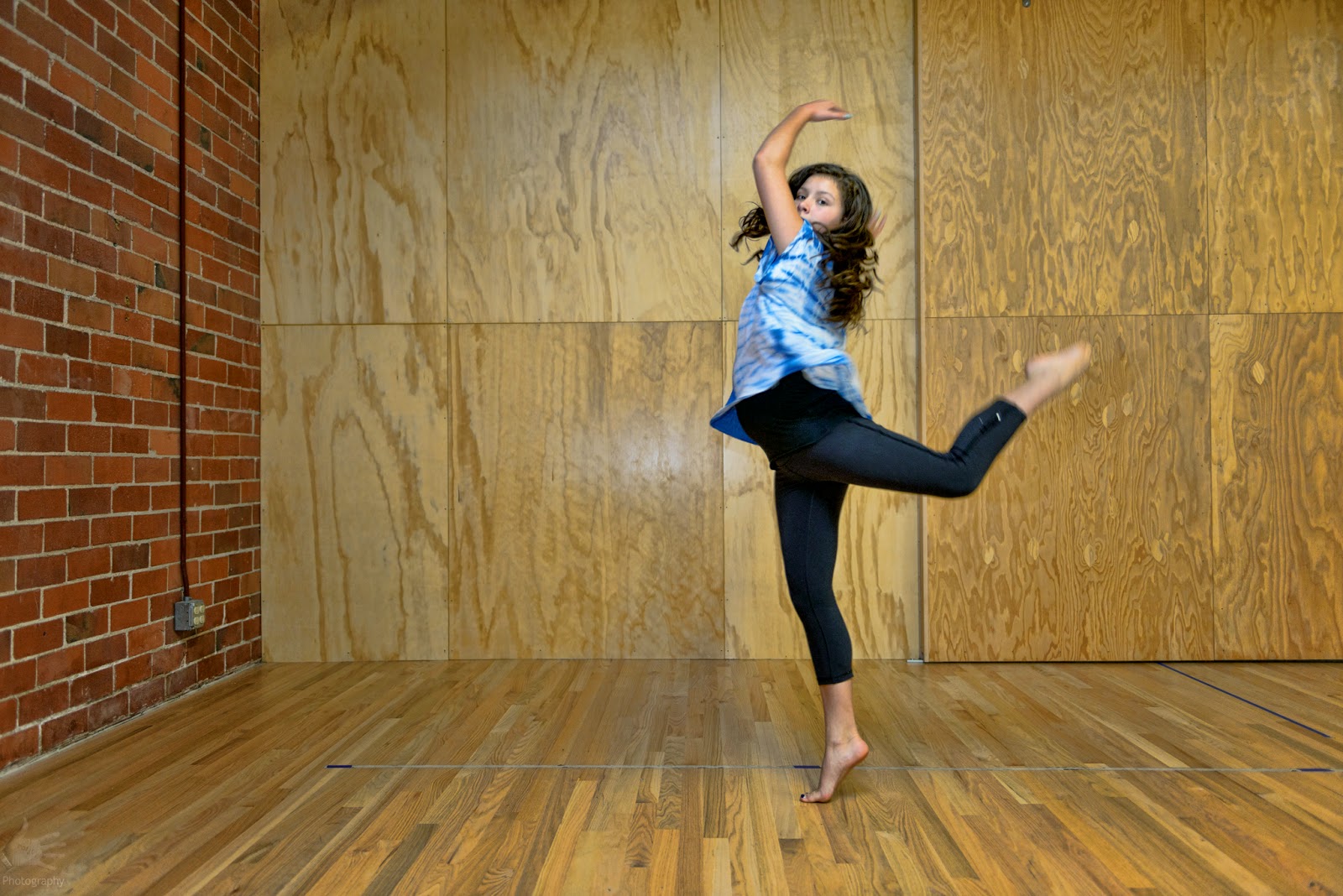 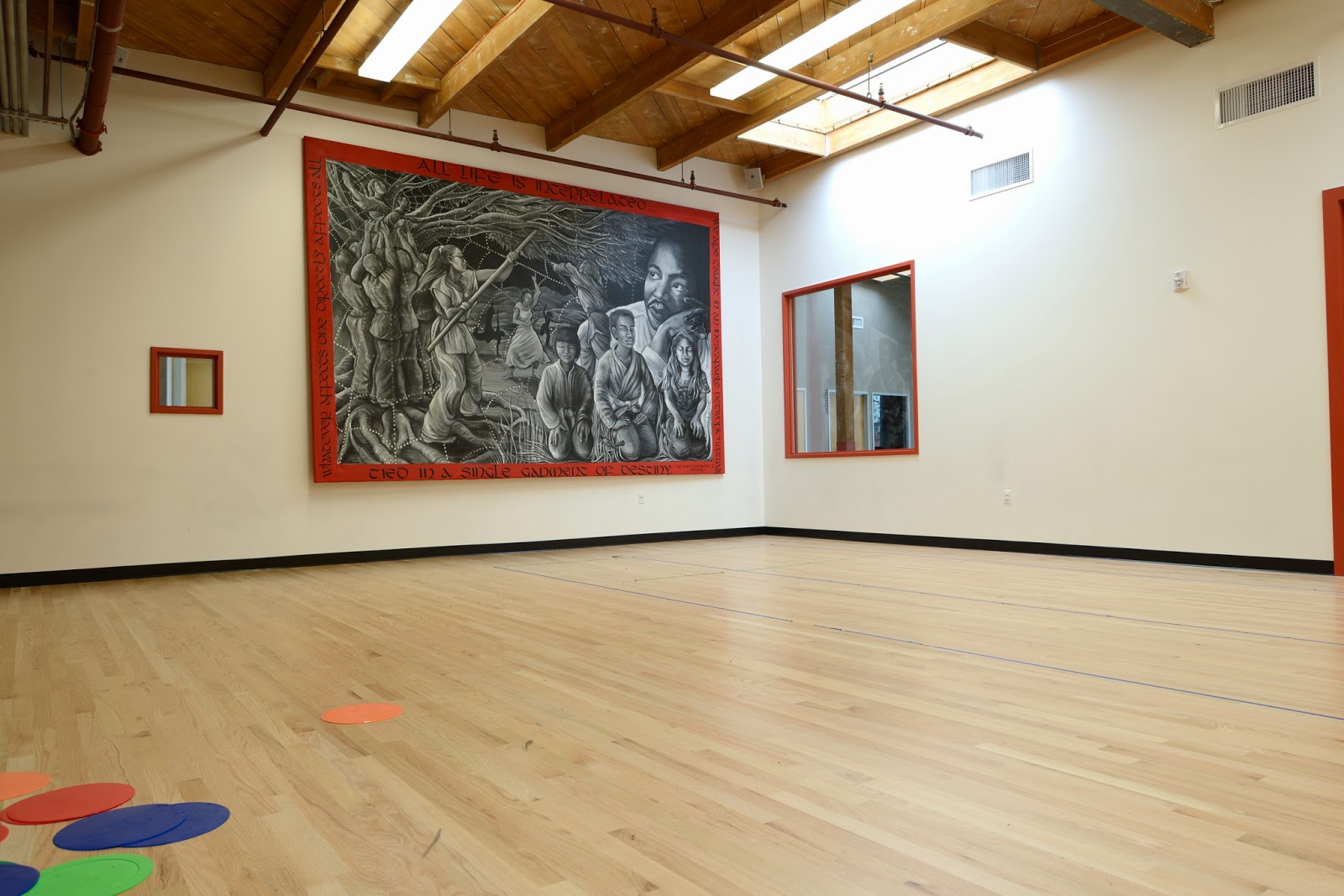 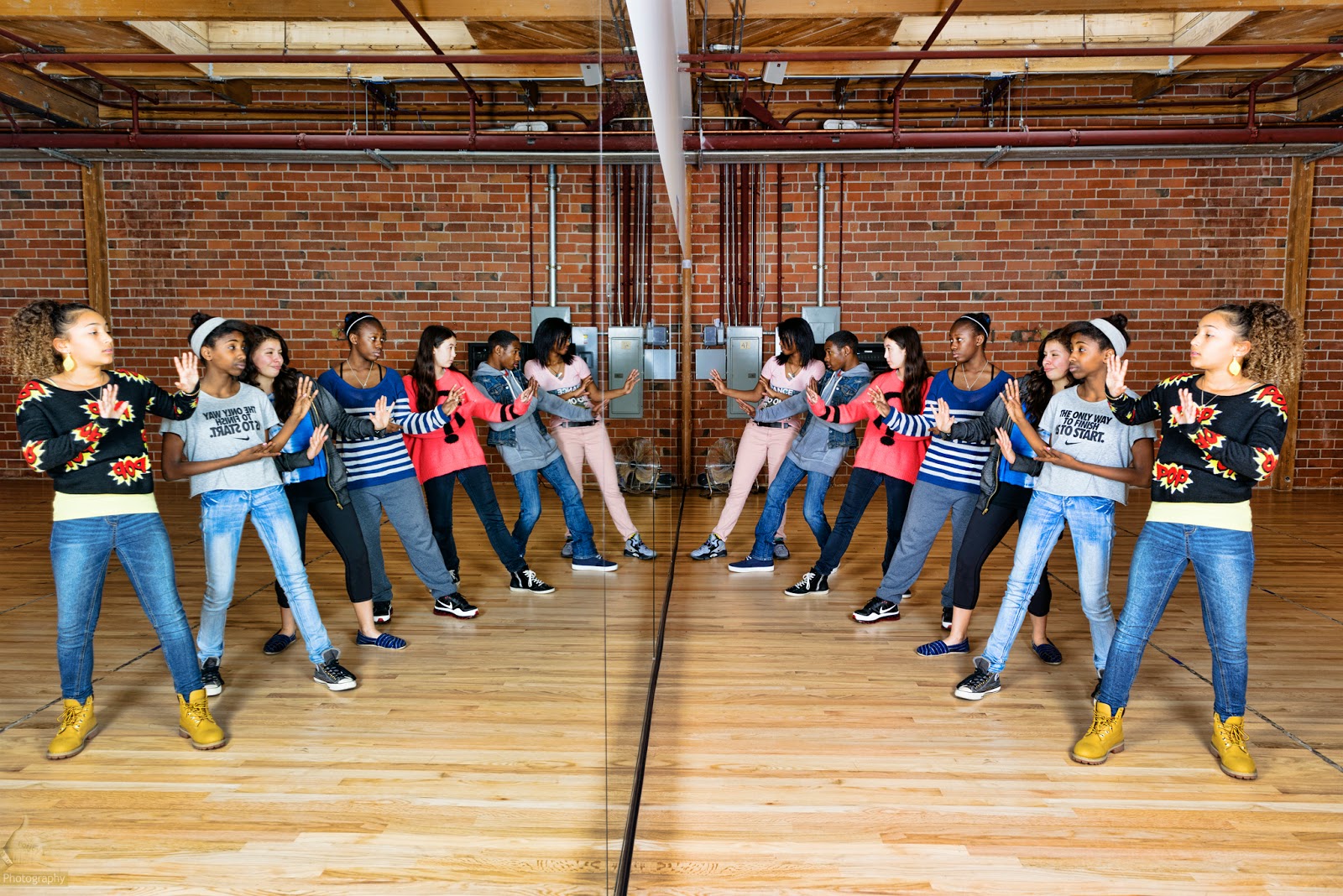 Posted by Pure Roijoy at 2:30 PM No comments: Links to this post