These past few days the weather has been typically tropical with glorious sunshine. We've been stocking up on fresh food and water and have been doing lots of lounging around before we start any real sightseeing.

To get our provisions, we drove north to Dangriga, a Garifuna town, to the market there. A neighbor of ours asked us to pick up a couple of things for him. We successfully found one of the items, but for today at least, there is no cottage cheese in Hopkins Village or Dangriga! 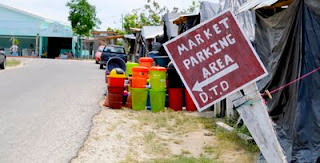 One point already worthy of note is that it is now mango season here in Belize and we have our first batch of freshly picked specimens to eat our way through. I ate one just before writing this - delicious!

Just a brief status at after a very busy month. Stock continues to go well and I've shown my first stock image sold in April and my last one sold in April.

The first image was shot in my studio in February 2010. Although this particular image has only sold 4 times, there are also variants from the same session also selling through the stock libraries. The other image has sold 6 times and also has 2 similar images from the same shoot which have also bolstered the sales from the shoot.

The model here is a fitness instructor and the shoot took place at a gym in the San Francisco financial district.
The first working day of May is here now so I'm hopefully that sales will resume after the weekend with the demand for my images that I've grown used to.
Posted by Pure Roijoy at 1:31 AM No comments: