You've seen lots of "levitation" images and many of you have probably created your own by now. 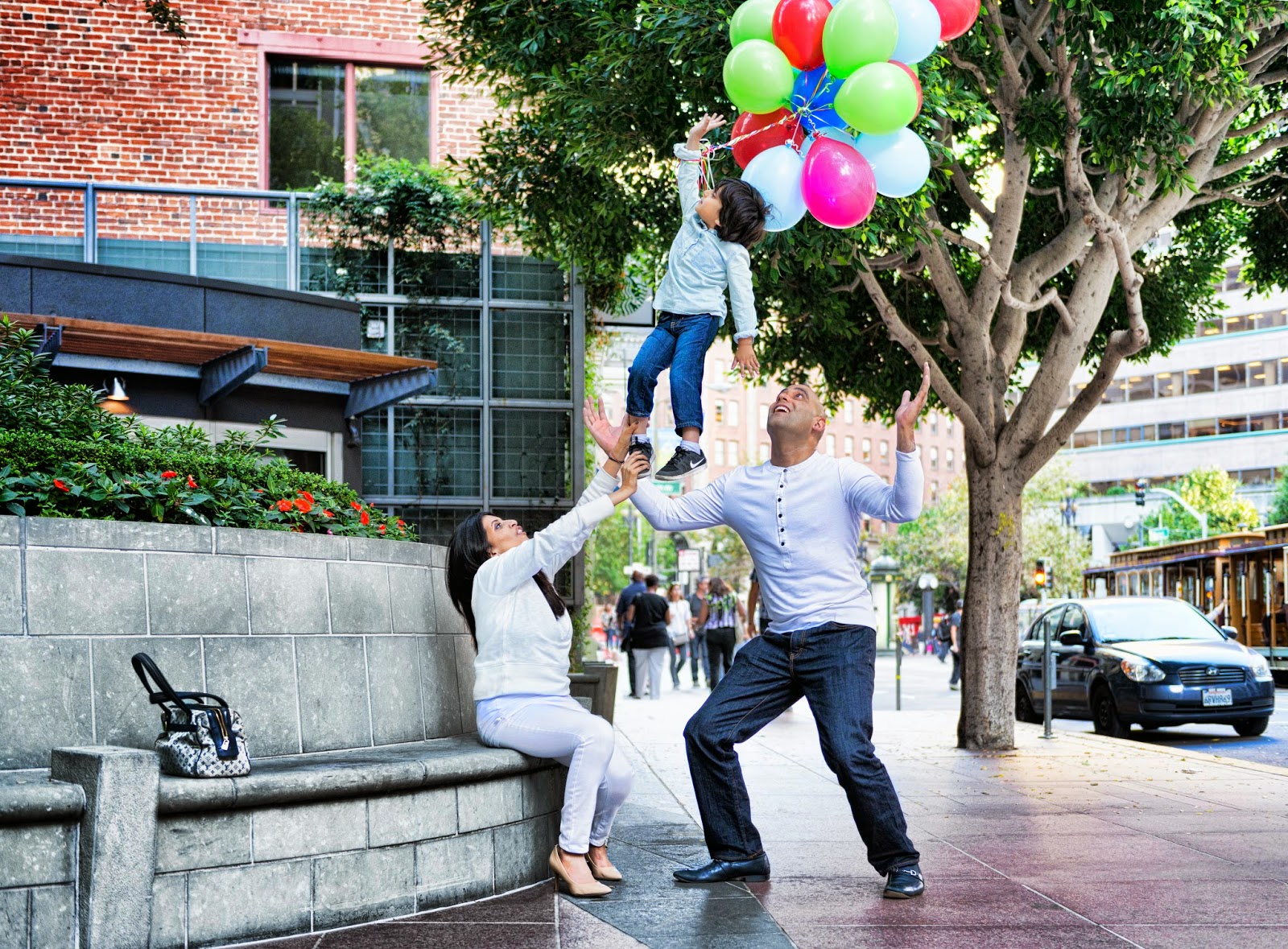 I created the image above for a Holiday Card. During their family shoot on the streets, mum suddenly asked if there was any way we could achieve a shot with her son floating with his balloons.

I had no tripod or assistant along with me but after a quick glance around, this came together in my mind.

First off I took a photo to set up the position of Mom and her son "floating off". 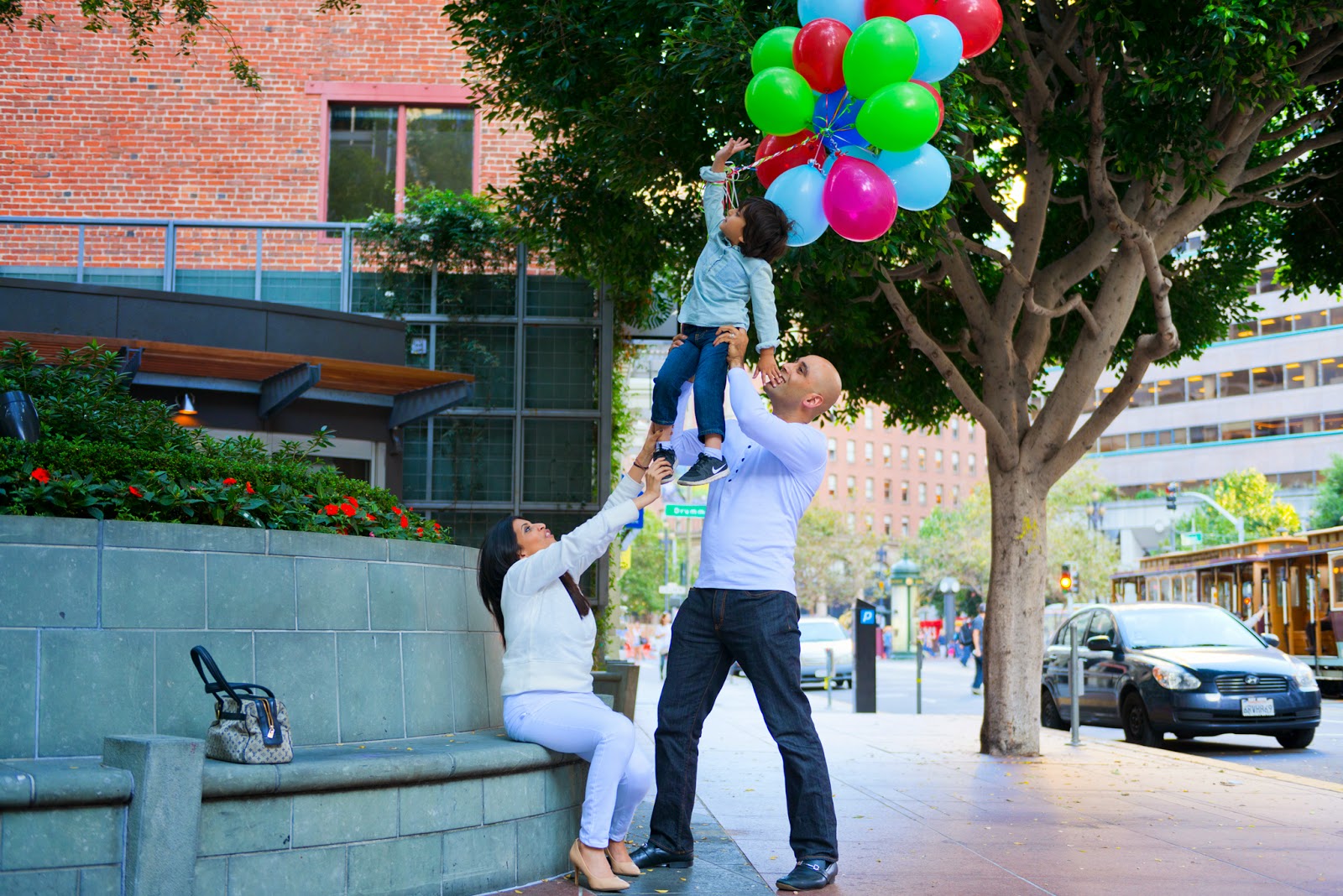 As you can see I coached my clients to become actors for a while and they delivered a great Oscar seeking performance. 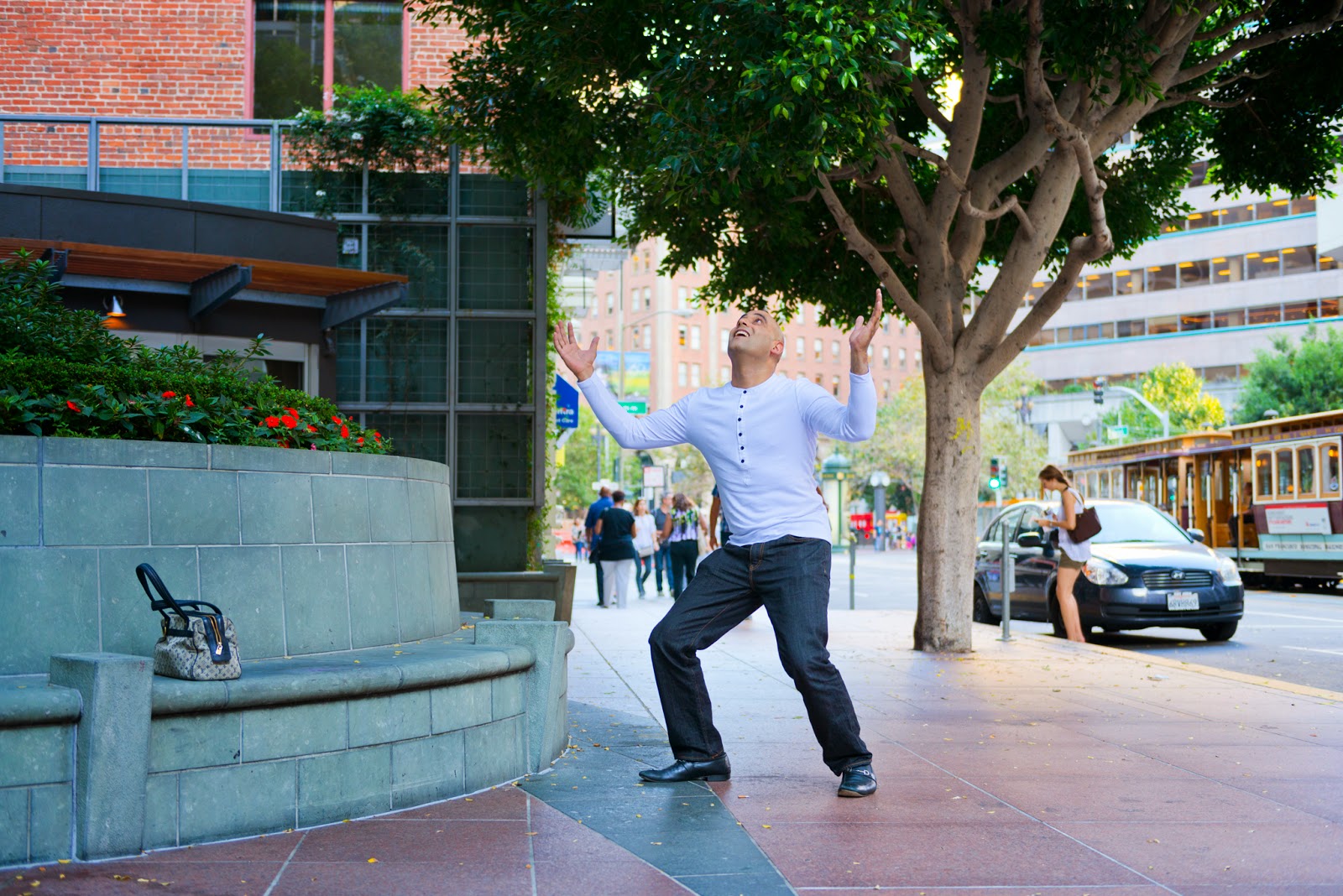 The second and final part of the image was a shot of Dad looking up at his "floating" offspring. As mentioned earlier, I had no tripod to lock the camera down with so I was shooting while sitting on the sidewalk and trying to direct the family between the 2 shots without moving the camera too much.

Inevitably there was some movement of the camera in between shots but with a little work in photoshop to match the 2 frames by distorting the images to suit I was able to create a seamless final image. Finally there was some more retouching to remove Dad's hands from his child's body and then some toning.
Posted by Pure Roijoy at 5:47 PM No comments:

An Alternative to Photoshop

We still have to keep watching to see if this headline can stand up for itself without needing a question mark, but maybe…

Last night I signed up with Affinity Software and downloaded their beta version of Affinity Photo. I played with it for about an hour last night and by the end of that time I was finding my way around the package quite well. And that was without watching the intro video or reading any manuals.

Like Photoshop, it is a 2 step offering. It has the RAW conversion engine with all the usual functions we're used to seeing. I was impressed that it also opened all my native NEF Nikon files with no trouble so it seems to be loaded with very up to date RAW processing profiles. After processing your RAW file you can move across to the rest of the package to take advantage of layers, filters, adjustments, and all the other toys that are fun to play with.

It seems fairly agile and lets you do complex warps etc. really quickly. I'm going to spend more time with it and I'll be working with the manual and supporting resources to see just how the package stacks up for me.

You can learn more about Affinity Photo at their site and download the beta package, which is MAC only at this stage.

So for now, An alternative for Photoshop?
Posted by Pure Roijoy at 1:20 PM 1 comment: