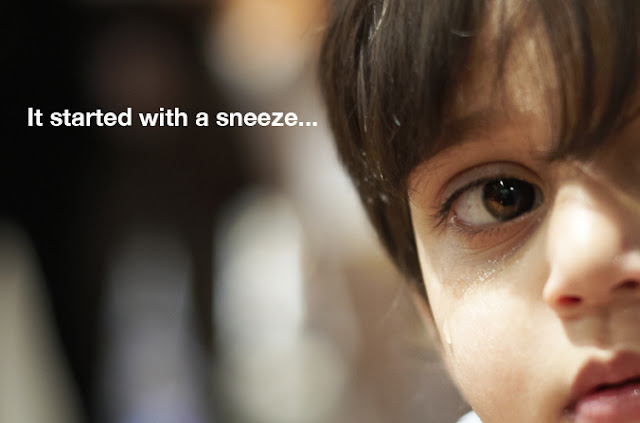 ... not just a little cute squeak of a sneeze. No, this one was wet and very wild and came with a force that could just as well have parted the Red Sea! Even though my camera took most of this broadside, with my face being only 2 feet away from the extremely functional nostrils and opened mouth of this suffering little 2 year old, I still found my face bathed in a warm wet soup of Picornaviruses. I smiled while wiping down my face before drying off my camera and Lens

The weekend before Christmas, I had been hired to shoot a 2nd birthday party at Ghiradelli Square when this incident happened. For a moment I thought, "I hope I don't get ill", but quickly shrugged off the thought. I even attended a "Grown ups" party later that same night and felt great. On my way home I realized that I was probably being silly to think that one tiny little boy's sneeze could take down someone as strong and healthy as I thought I was.

Well, by Christmas Eve I was a miserable sniveling shell of a being and struggling to breathe through my nose. Goliath was fallen, again.

The story does have a happy ending though. Even though my head was still a little cloudy, we enjoyed all the Christmas festivities and still managed an afternoon walk along Ocean Beach.
Posted by Pure Roijoy at 11:04 PM No comments:

No pixels were harmed in the publishing of this photograph 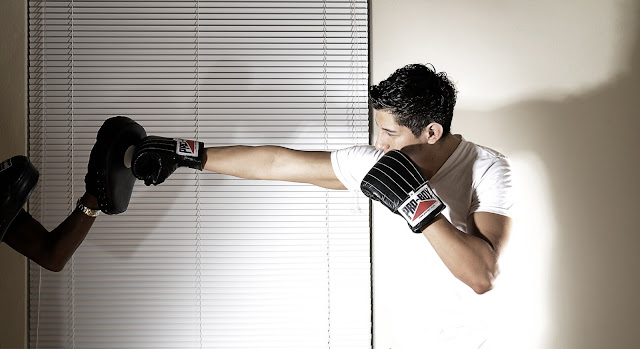 I had another fitness shoot today with a model named Rico. We've worked on a project before so it was a fun and relaxed shoot with the opportunity to try a few shots for a few things I had in mind too. This shot is a single exposure from my camera and is presented here with no retouching at all. These are the pixels as captured by my camera.
Obviously, I'll have to give out a prize to the first person who correctly tells me how I did it!

The Joy of Yoga

I've completed a fair amount of yoga shoots this year but this one had exactly the kind of twist that I like. Wataya is an independent Anusara-inspired Yoga practitioner and among other places you can take one of her classes at Yoga Kula in San Francisco. Dark Garden supplied this gorgeous corset and bra.
While she dressed and had her makeup done, I built the set in my studio. A few light checks with my mannequin and we were ready!

Even though Wataya insisted that she wasn't very comfortable in front of a camera, we soon created a mood where it was fun for everyone and I was able to capture a lot of successful shots. There are also some pure fun shots when we did a costume change which will probably pass through my online portfolio at some point :)

Here are my first and last stock image sales for the month of November.

Posted by Pure Roijoy at 9:30 PM No comments: