When a client requests a portrait and asks for something a little different, and isn't "just saying it", I get very interested. In this instance, they wanted a photographer who was happy to include some image manipulation to create the final result. So after a brief conversation, I submitted some visuals including this one below. 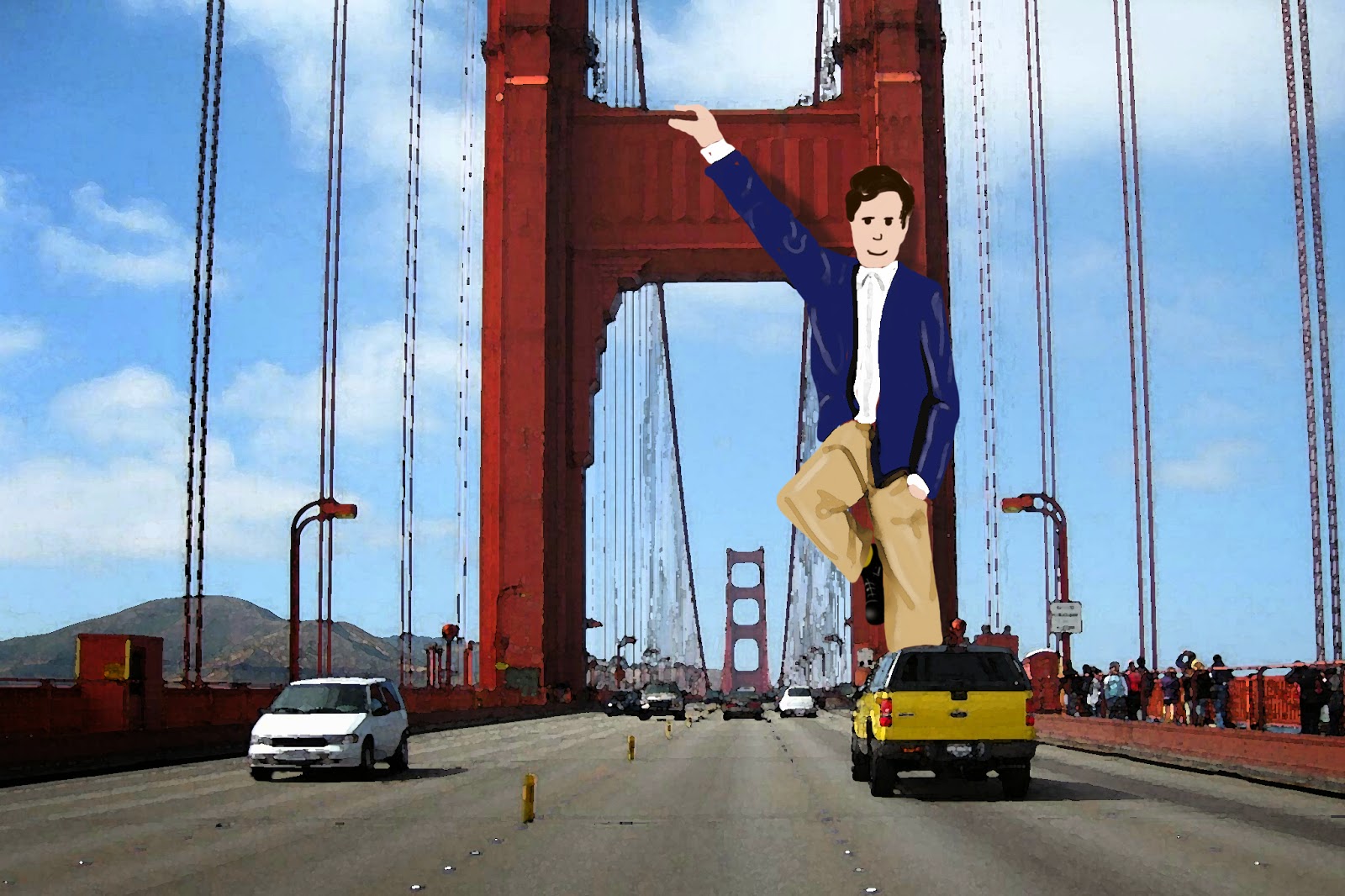 This was just to help illustrate the idea and knowing that we would tweak and adjust once we actually got to shooting, everyone was happy to go ahead.

We agreed to meet near the bridge on the day of the shoot. I made my way to the bridge about an hour earlier so that I could walk the bridge and get some angles I had already scouted. I wanted to be shooting my client within an hour of leaving the bridge so that we could keep the lighting conditions of the 2 components within the same spectrum.

I chose a high location up on the headlands for the portrait part of the shoot. This allowed me to use the sun as a studio key light. Using the side of the hills, I could control how much light was falling on the model and also the direction and it as coming from.

We also shot a whole range of other more conventional portraits too including headshots and personality shots.

There were also a few things we tried as the session developed and my client was really relaxing and getting into the fun of the shoot.

I was able to capture the above image as a single shot. Just a matter of retouching out the post and drawing in a thin metal pole to carry off the illusion. 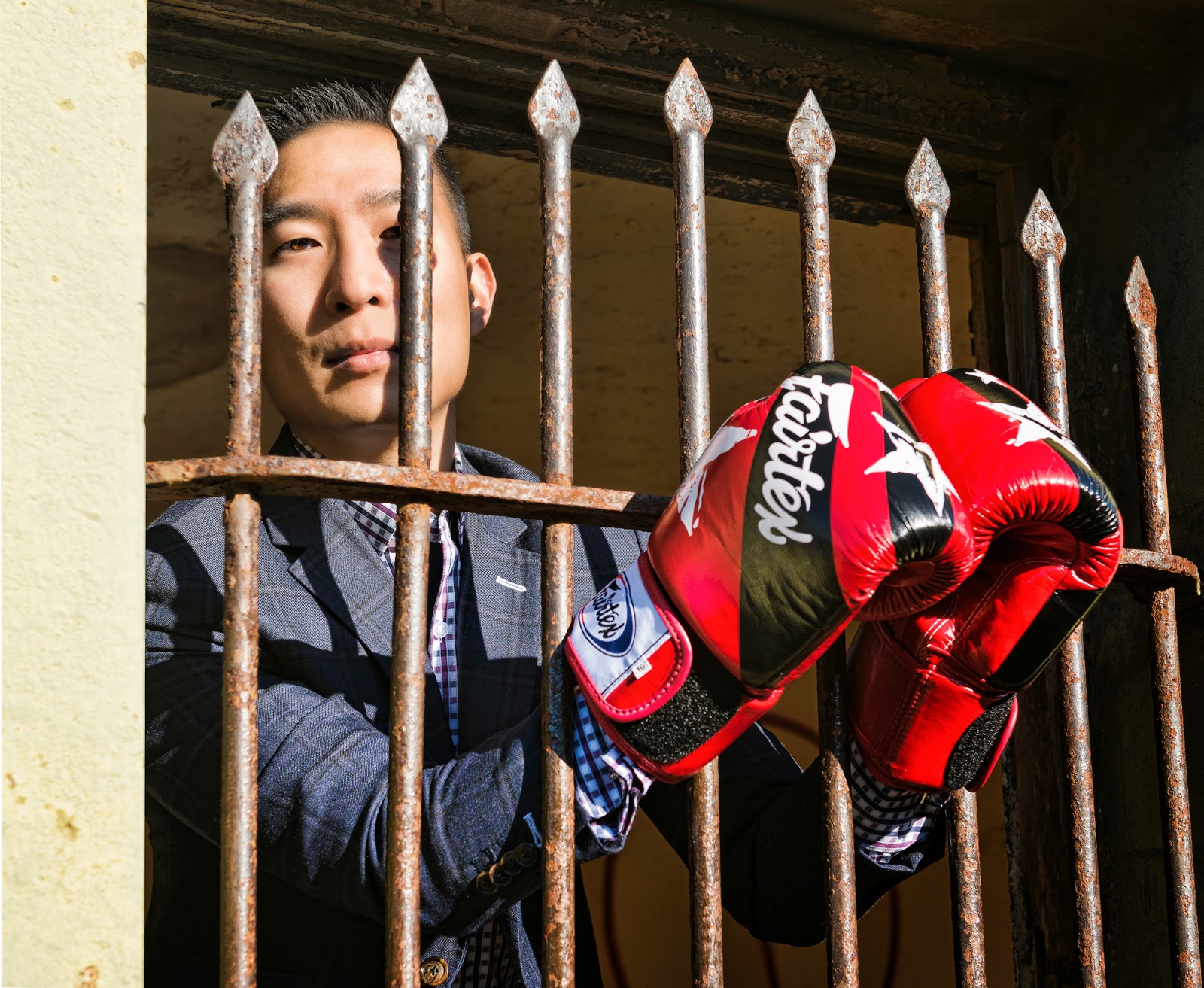 In all the portrait session lasted for 2 hours as we made good use of the amazing location and light that we enjoyed. And for good measure I included some levitation shots. It's always fun for me when a client can throw themselves totally into an unconventional session. 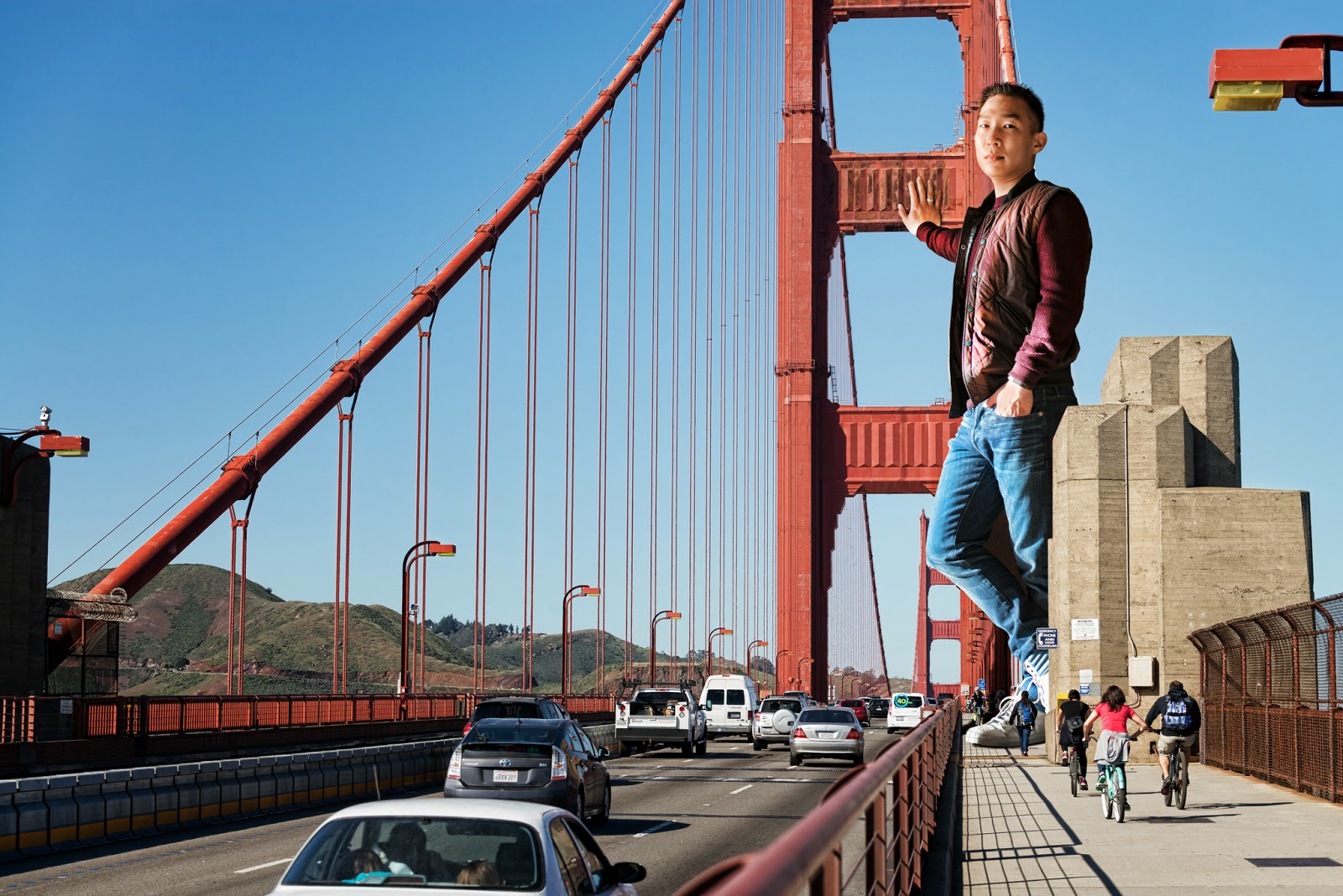