This family loves the "F" word, 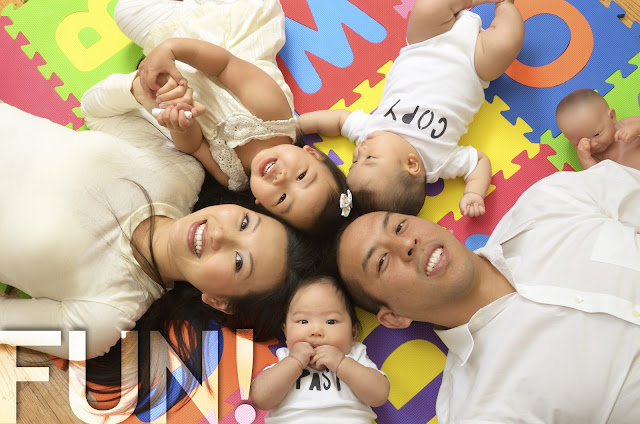 They had looked through some of my online images and called me to arrange a photoshoot for their family. They liked one of the styles that I use a lot and they also wanted the quirky approach that I like to take when shooting my subjects. 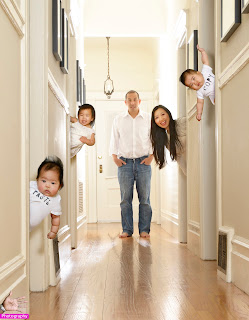 They have a lovely home and some great children. We spoke and exchanged a few emails including sketches that I sent to them to show what I had in mind for them.

Sometimes my sketches and ideas make people a little stage frightened at the beginning, but this family loved the ideas and even came up with additional concepts that continued to push the boundaries of tradition.

Well I was hooked and knew it was going to be a fun shoot. They had even agreed to bake cookies specially for the shoot, which turned out to be some of the tastiest props I've had in years!

I already knew what their living space looked like before I arrived so setting up lighting and angles for the shots was very quick and I already knew how I would childproof everything - cables, light stands

, and miscellaneous equipment. I do carry all sorts of insurance but still prefer not to have to make use of it.

As part of the shoot, we wanted them to be seen as a "real" family with young children, but still show fun and cohesion of the unit. And this is where the cookies came into play :) There were many scenarios done with cookies in their kitchen and here is just one of them to give you a flavor of how things went. 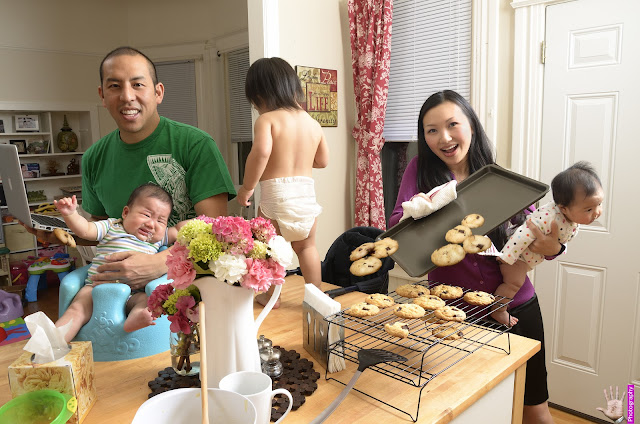 It was a joy to work with them all as they catered to their kids ongoing needs and at the same time kept themselves flexible and available for what I needed to do to get the shots we had agreed on. 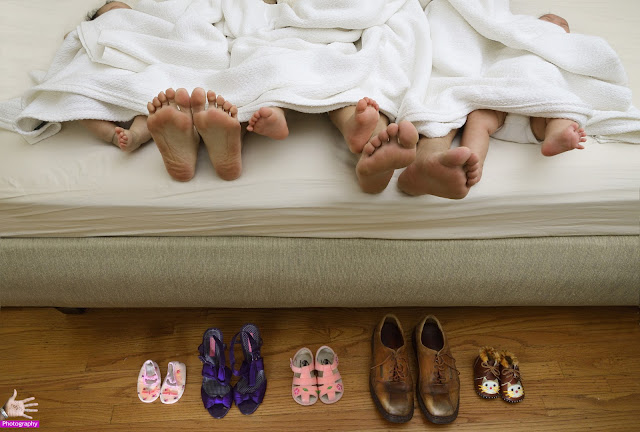 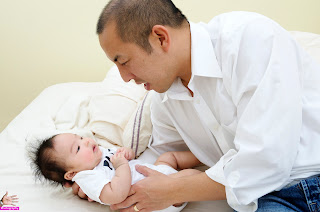 We got lots done in a 2 hour session and everyone had fun. And the twins, tired from their starring roles, fell asleep. As well as the shots we had set out to achieve, I also shot lots of more traditional type family shots including Grandma who had come along to help with the children during the shoot.

It's good to be able to think on your feet and get good photos, but you can't beat planning and complete commitment from your clients!
Posted by Pure Roijoy at 11:40 PM No comments:

My birthday was picture perfect, 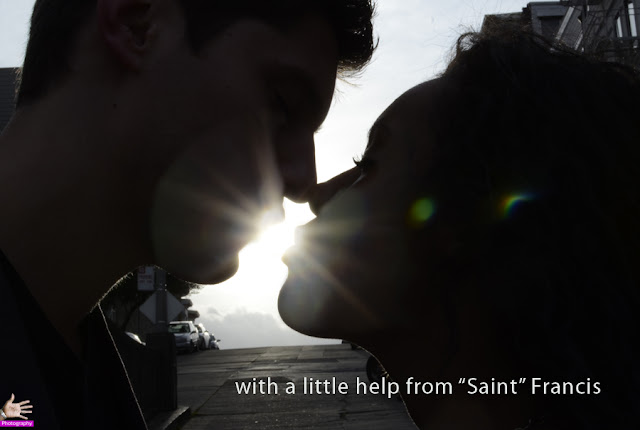 The celebrations started very gently because Antonella was away this weekend attending a course. To keep things moving, I'd arranged to meet up with my good friend Francis to have coffee and cakes in the Castro around lunch time. Even though there had recently been lots of rain and wintry weather, Saturday was beautiful! (That right there was a great gift). Teas, coffees, and cakes were pleasantly consumed accompanied with delightful conversations.

After quite some time, we decided to walk off a little of our excess and set off to wander the Castro. I had my camera with me and every once in a while, we'd stop and I would grab a picture of something that had caught my attention. 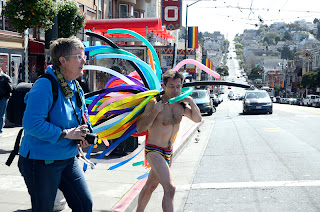 My phone rang. I didn't recognize the number but I felt I should take the call.

It was a young lady's voice and it bore a little trepidation as she spoke. I'm paraphrasing now, but she was saying,
"We're looking for a photographer, I'm here in San Francisco today with my boyfriend but he has just become my fiancé. He just proposed a short time ago, and we're traveling back to Oregon tonight but wondered if there was any chance of having pictures done in San Francisco before we leave? "
Looking at my watch the time showed 10 minutes after 4 pm.

"Where are you now?" I asked.
"We're staying over by Fisherman's Wharf. It would mean so much to us to have photos of us in San Francisco".

I knew a place where we could go in the city to make use of the available light that was fading rapidly and also capture some San Francisco elements. The location would also allow for some interesting shots till just after the sun had gone down. She liked the sound of it and I told her where I would meet them.

I had walked to the Castro and would need to get home and grab a couple of battery packs and speedlites before crossing the city to the rendezvous spot. So while explaining to Francis that I was going to rush off and do this shoot, he said,
"Why don't I drop you back at your place? I brought my car and it's nearby."
I accepted and we set off. As we drove back to the apartment, Francis suggested that he could drive me to the meeting spot. That way I wouldn't have to worry about parking and we'd have more time chatting together. Perfect!

They were a lovely couple and I'm so glad I accepted the shoot. They were fun and made me laugh and added a whole additional level of fun and enjoyment to my birthday! We captured some lovely shots and previewed the pictures briefly in their car before they left.

Thank you Francis, you're a saint!!
Posted by Pure Roijoy at 12:52 PM No comments: 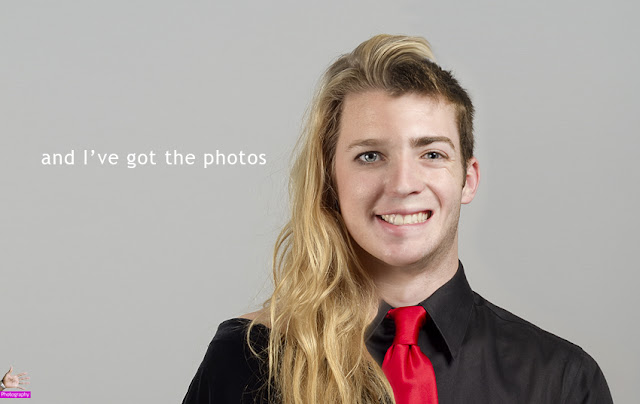 At the end of February I had 2 assignments at Sonoma State University. One at a Fraternity house and one at a Sorority House. I was shooting portraits of some of our future leaders in all fields.

While I focused on completing my shoots, it was interesting to hear some of the snippets of conversations going on in the rooms. An eclectic mix of mischief making and complex problem solving, often within the same conversation.

I had a really good conversation with one of the guys who is studying to graduate as a biologist. He's a really easy going, fun-loving guy who is still in the excitement of his youth. But when he talks about things related to biology, eco-systems, sustainability etc., if I closed my eyes, I could have been listening to the wisdom of a 1000 year old man!

I believe we should have good hope for the future. It will be in good hands.

Posted by Pure Roijoy at 1:25 PM No comments:

Shooting to help my corporate clients 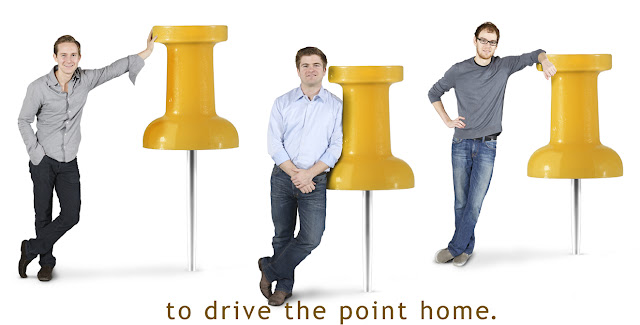 I completed a shoot for Thumbtack who are based in SOMA, to supply them with additional collateral for their website and also PR and Marketing needs. They are a very progressive, fun, and hardworking bunch of people. We did headshots, full lengths, office candids and everything in between. So now they have a catalog of images they can use for whatever need comes up.

They had asked me to suggest some way of portraying everyone that could instantly tie them to the brand as well as trying to get across how much fun they have working together at their offices. I came up with the idea of showing them each with a giant thumbtack like the one in their logo. 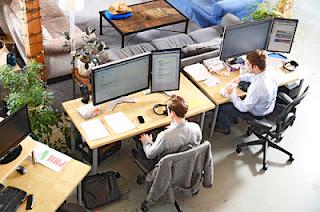 It was quite surreal for some of the staff as I got them to pose for me against an imaginary giant thumbtack that only I could see in my imagination! Everyone was totally cooperative and good natured about this and I got all the poses I wanted.

Once I had the various poses for 8 people, I made my way back to my studio for the next part. On my way, I bought a packet of thumbtacks that matched the one used in their logo.

. I didn't like the way the metal pin was looking in the shots though. The tacks are manufactured cheaply and the pins are invariably pitted and not perfectly cylindrical which gave off distracting highlight and shadow patterns. To fix this I simply drew the metal part in Photoshop.

Once I was happy with the pin, it was a simple matter of applying each staff member to the pin image, shortening or lengthening the pin, and applying any shadowing to complete the illusion.
Posted by Pure Roijoy at 7:56 PM No comments:

All that glitters isn't gold, 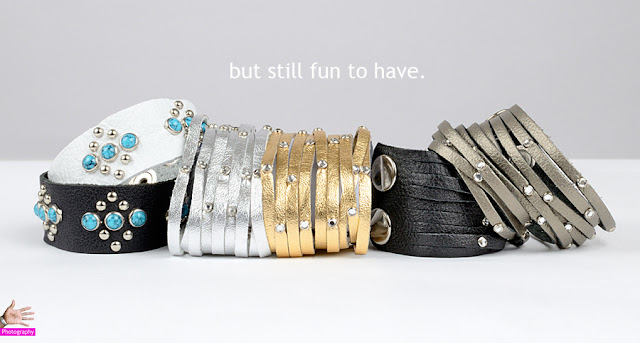 Recently I shot some more jewelry for Shiny Trinket. The items were rings, bracelets, earrings, and necklaces. The style was to be clean and clear to match my existing photography on their site.


Bracelets.
Bracelets ranged through metals, gems, to leather. Some were loosely created while others had rigid forms. They were mostly shot in my Light Tent

but some were also done in the open studio on a model. In the light tent I've shot macro using my Nikkor 60mm

lens with varying apertures between f/22 and f/36. The studio shots are using a 35mm Nikkor 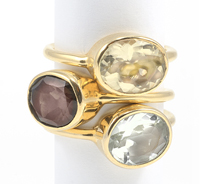 Rings.
To control reflections and create even, wraparound lighting, I shoot items like this in a light tent. I'll also add some flags or reflectors to get the highlights and shadow to appear where I want them to.
I shot macro using a Nikkor 60mm

lens stopped down to f/36 in order to manage the depth of field. The shutter speed was kept at 1/125 throughout the job.

There is also a banner shot that I made up of three rings together and then there are the shots with a model wearing the rings. The model shots are shot with a 50mm Nikkor

lens stopped down to f/8 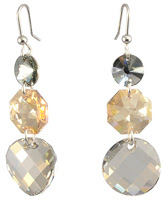 Again shot inside a light tent and suspended from very fine twine to avoid creating a background which means there is no need to make cut-outs from the photography. As with the rings, I shot macro using a Nikkor 60mm lens stopped down to Nikkor 60mm lens stopped down to f/36 to manage the depth of field. Additional lighting was directed into the background of each shot.

Necklaces.
These are shot laid down and arranged in the light tent and then lit to minimize shadows. Afterward I shot them placed on a mannequin to show the real-life scale of each piece. Tent shots are Nikkor 60mm lens stopped down to f/36. and the mannequin shots are with my 35mm Nikkor

Posted by Pure Roijoy at 4:32 PM No comments:

What A Whirlwind Month That Was, 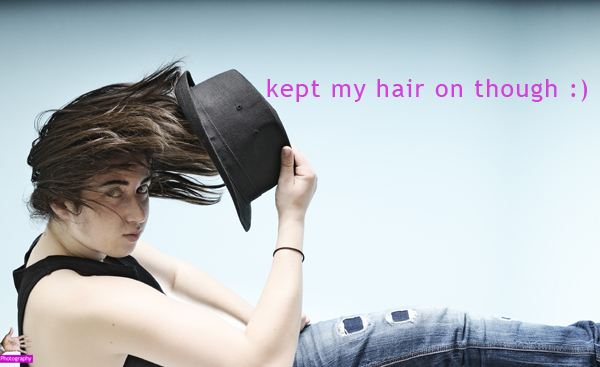 February was very busy. For clients, I photographed 139 individuals, 17 pieces of jewelry, eight pieces of art, and retouched 8 images. I also designed a double page print ad and designed the template for a product brochure.

I uploaded another 25 images to various image libraries and I sold 81 stock photos.
And all the processing too!

And then yesterday, as some of you already know, my main computer died and I replaced it with an Apple MacBook Pro

I have some bookings secured for the first 2 weeks of March and once again am hoping to find the time to do more stock work as well as work on some personal projects I have going. In coming postings I will be looking at some of the individual jobs I've completed.

And since February is truly history now, here are my first and last stock image sales of that month.