Just Up And Went. 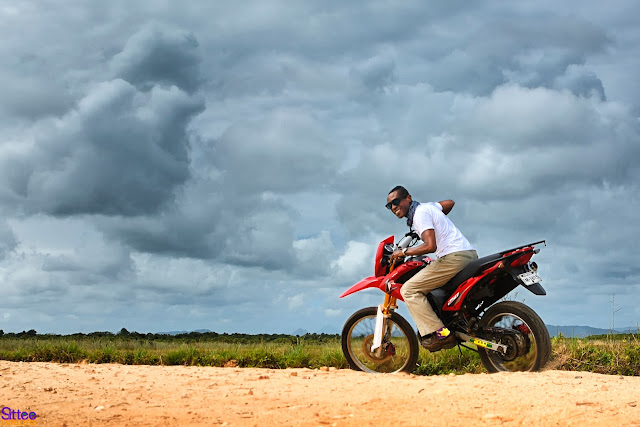 While I was sitting in a friend's office this morning I showed him a recent post on my Facebook profile page. I have some restrictions on my FB, so for those of you who can't see this link, it's a picture of my bike  standing on a dirt road leading into the distant trees. The caption on the picture reads. "The Call Of The Wild."
My friend looked at the picture, read the caption and said, "Well let's go". So we dropped everything right then and just "up and went!" (I did pass by my house to pick up suitable clothing and a helmet too and I would also take some photos for marketing his business. So it was still work - right?).

A quick stop at the marina to fuel our bikes and then we were off.

First destination was the plane wreck in the Cockscomb Jaguar Reserve. After leaving the highway to continue on dirt roads, at times I felt like I was dancing as I navigated over large and small stones, potholes, sand, loose gravel and a few wet patches. I found myself sometimes sitting but often either standing or hovering over my bike seat.

The plane crashed in 1984/85 and the jungle has been working hard to reclaim the wreckage and make it disappear. While we looked at the scene and took a few fun photos, I was also making mental notes for a photoshoot I will go back to do. 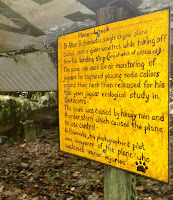 As we rode back out of the Jaguar Reserve, we saw another dirt road leading off to our left. I knew there was a quarry at the end of the road but it was 16 years ago the last time I went up there. We followed the rough road up a steady incline before coming to a plateau area. The road ended but the heavy haulage vehicles had created a route up this much steeper part of the hill we had been climbing. There was a chain across the route but we noticed that if we rode into the low vegetation that lined the edge of the hill, we could squeeze through a gap between the chain post and some bushes.

Rob went ahead first checking that there was solid ground to ride on as he went through the gap. I pulled up behind him to wait for him to go through so that I could follow. When I stopped I put my foot down to balance my stationary bike. However my foot didn't make immediate contact with the ground — instead I realized that where I thought I would be putting my foot down was actually tall thick grass growing out of a deep hole. So down I went with my bike falling down on top of me to give me a cuddle. Not wanting to have that kind of relationship with my bike, I pulled my legs from underneath it, got back to my feet, checked myself, (all good), brushed myself off, picked up my bike and was off again to catch up with Rob.

The quarry is not working at this immediate time due to some problems the owners and investors are currently facing. 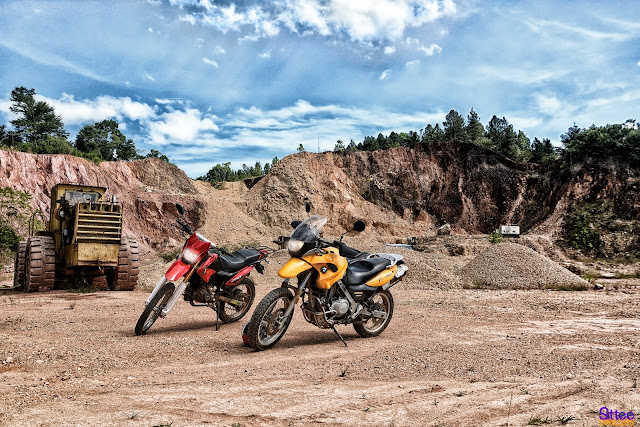 The ride back down, although slippery over lots of loose gravel and some very smooth rocks, was uneventful and we headed off to get a little refreshment.

Feeling refreshed at a roadside stop, we saddled up and headed off to our final destination of the day. Once again, we left the highway and headed in to a place named Mayan King where we headed to Mayan Sky Canopy Tours where they offer zip lining over the jungle. We parked our bikes and went for a walkabout.

First we went to the river by partially walking, partially sliding, down a steep bank and then climbing back up. 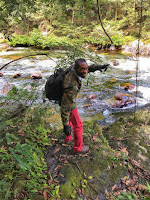 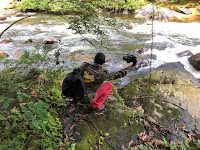 
Legs stretched and plenty of air in our lungs, we mounted up again and headed home.


Posted by Pure Roijoy at 12:38 AM No comments: Links to this post

2018 ended and the whole world seemed confused and in turmoil.
It's the 1st of the New Year now and nothing has really changed yet. But we are at that time of the year where many people are willing to re-evaluate things and consider changes - for the better. 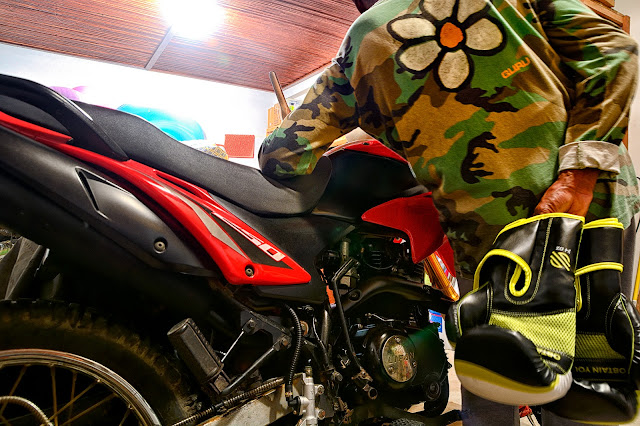 Some of us can change "things", for others it might be attitude or mindset. We're all different and have different individual goals. Some of us are less fortunate than others and feel very limited regarding the ability to change the things that matter in a specific situation.

Even so, for years there is a common theme that repeats amongst most of us on this planet and that is, to make the world a better place. — But for who?

Personally, my short term goal is to put on 8lbs of weight that I lost through illness and injury in 2018. And I also plan to make good use of a couple of tools.
I believe 2019 will be another hit year for me and keep me in a position where I can continue to help other people to make the world a better place — for everyone.